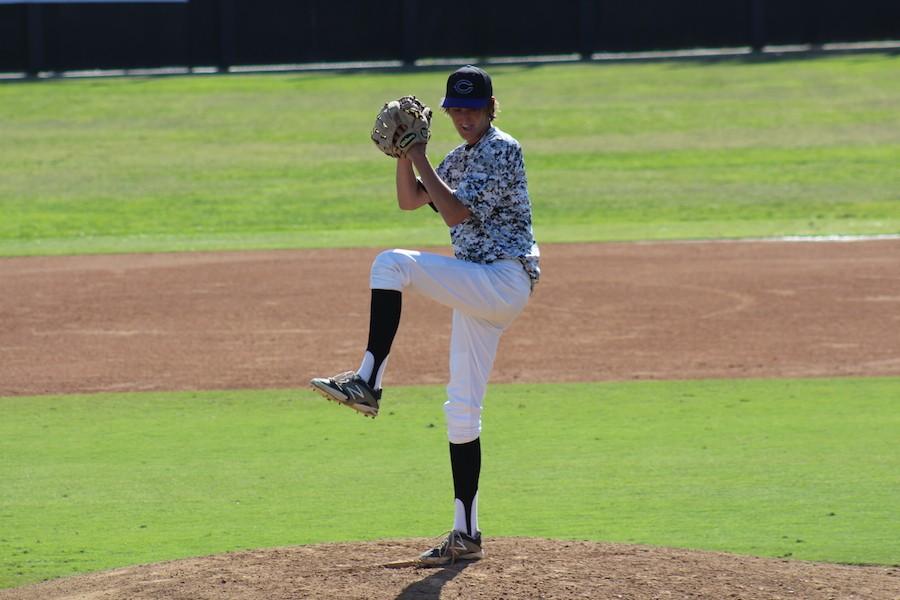 Jack Peabody (12) throws a strike against a batter of the Mission Hills baseball team. Carlsbad took on Mission hills on Thurs. Mar. 31 and came out with a win 3-0.

Lancer varsity baseball played Mission Hills High School on March 30, resulting with the Lancers coming out triumphant. The Lancers came into this game with a winning record in their recent past.

“All of the hard work we have put in this last fall is really starting to show off,” senior Garrett Henkel said.

“Our team is extremely confident in our ability to go out and compete every game,” Henkel said.

“I think that confidence really shows in the way we play,” Henkel said.

Mission Hills responded to the Lancers scoring with back-to-back hits, putting runners on both first and second base. Lancer Brendan Siriani threw out a runner at second after the runner was leading too far off the bag.

“Every time we step onto the diamond we except to win, especially at our own yard,” Henkel said.

With Peabody throwing a shutout, the Lancers ended the game winning 3-0 with a total of five hits.

“We love to win, and we hate to lose,” Henkel said.