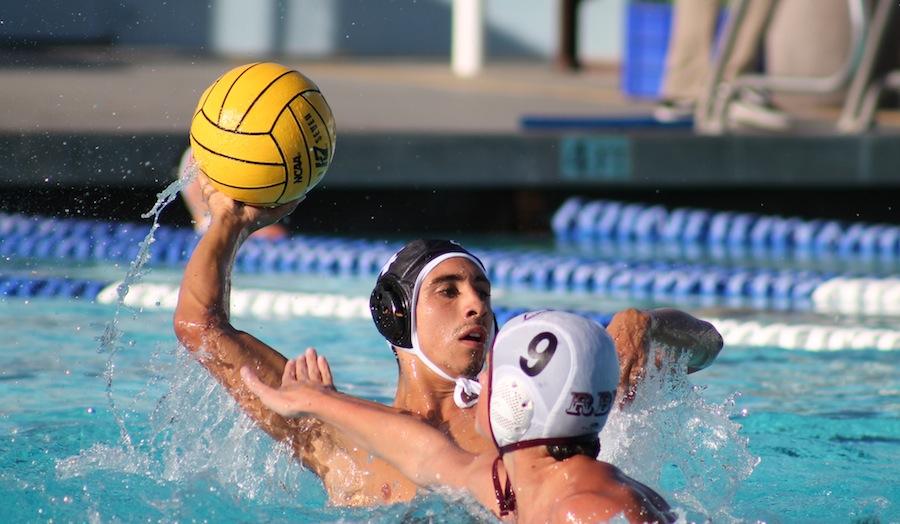 On Oct. 9, boys varsity water polo played Santa Fe Christian in their sixth game of the season. With only one loss so far, the team looked to keep up its winning streak.

At the start of the first quarter, Carlsbad won the sprint and started with the ball. As they moved into the second quarter, the lancers had shut out the eagles 6-0. Defense only allowed Santa Fe to score two goals making the score at 10-2 at the halftime.

With another sprint, Carlsbad started with the ball again. The lancers scored four more points as the fourth quarter rolled around. With strong plays by the offense and good goals made by both junior Ryan Coval and sophomore Ian Bertotti, Carlsbad came out with a hefty victory of 19-2.

Making the transition from lasts year’s team, many graduating seniors left room for new varsity members. This gave them the opportunity to reinvent themselves.

“We are going into the games more focused, mentally and physically,” senior and three-year, varsity member Conner Chanove said. “Before, we were always prepared physically, but never mentally.”

Still fresh in the season, the new team is still finding its footing. With that, it is important for everyone to play in order for the team to figure out the best moves.

Even with the impressive win, the team still has things it can improve on to ensure success going forward.

“We could have communicated a little better and played defense more attentively,” senior Jake Adams said.

The season looks promising, as the team has only had one loss so far. With CIF always on their minds, the boys continue to prepare.

“The chances for CIF are looking pretty good; we are looking to make it into the tournament,” junior TJ Palmer said.