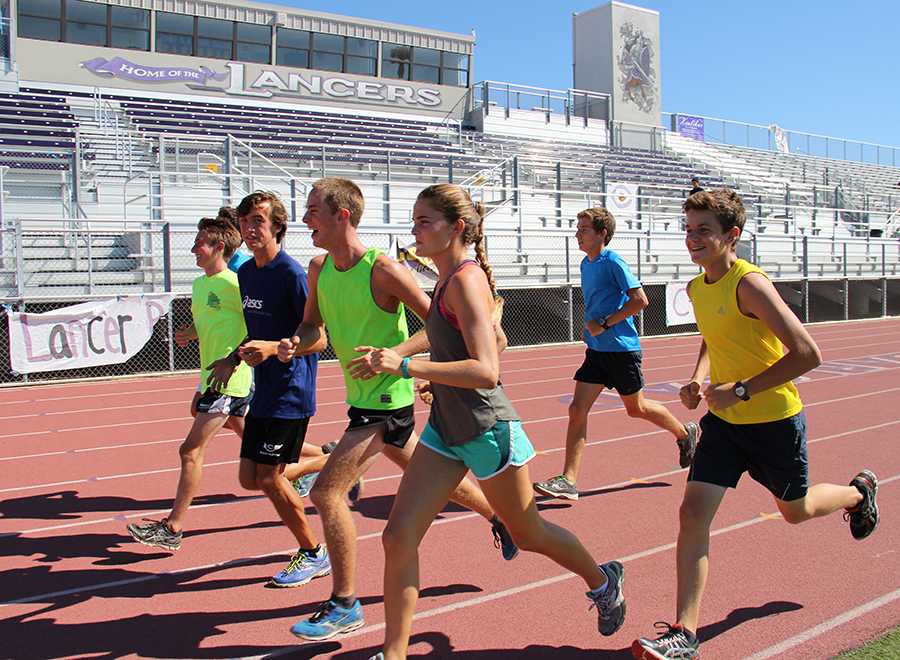 Members of the cross country team practice in the heat to train for a good season. Their first meet is Sep. 20, the same day as homecoming.

Throughout the heat and humidity of the summer, Cross Country trained for their season ahead. The boys have been working to attempt a 3-peat of qualifying for state finals, while the girls are working hard to place first in CIFs.

“Preseason was really helpful and the team was looking strong,” sophomore Courtney Drisko said. “Anything is possible for us this year.”

The team trained at least three days a week running on different trails and pushing themselves to their physical limits. Their summer training gave a head start to prepare for big meets and to ensure a successful season. Now that school has started, the team has begun training hard everyday to achieve their goals. The team even attends weekend running events for extra practice. A typical practice consists of hill workouts, interval workouts and long runs on Sundays which last about 12 to 14 miles.

“Most of the varsity guys are doing 60 to 65 miles a week.” Captain Nathan Williams said. “The team has a lot of depth this year which will help a lot.”

Although they advanced to state finals last year, the boys team tied for first in CIFs which was not what they expected after their win the previous year. Living up to their winning streak from previous season serves as a bit of a pressure to uphold, but they are maintaining a positive attitude about it.

“We’re giving it our all in practice and really motivating each other to do better,” sophomore Sam Schneider said.

With their heads up, the team continues to keep that goal on their mind. The girls team however is looking to improve their defeat of placing fourth in CIF last year, which kept them from qualifying for state. This year they are looking to make state and bring home the win for Carlsbad. They have been completing rigorous workouts to get themselves ready for the challenge.

“We definitely should have won last year,” Williams said. “So this year, we are looking for redemption.”