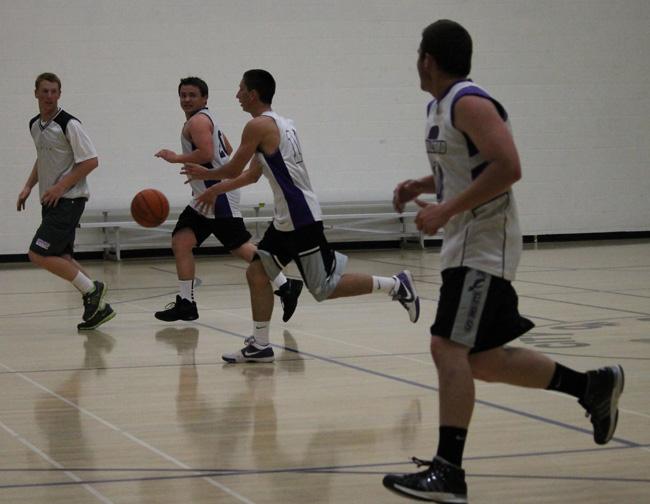 This phrase was uttered by many players of Hard in da Paint, a basketball team made up of Carlsbad High seniors that plays in the Calavera Hills Adult League every Thursday night.  The team, which sports a 1-5 record, leads the league in heart, perseverance and missed lay-ups.

The majority of the players of HidP are 17 years old, but Black signed up the team for an 18+ only league.

“My boys have the will to win. They just lack the skill needed to take on these surprisingly fit 40-year-old men,” team manager Hayley Powers said.

There has been a lack of consistency in the lineup of HidP, which occasionally features senior Kevin Menker, who has missed a few games because of other commitments.  Menker’s parents want him to focus on his baseball career.  Intrasquad problems have developed since senior Addison Domingo took on more playtime than he paid for.

“You aren’t playing well, stay home,” Domingo said to fellow senior Matt Rodriguez.  This caused Rodriguez to focus on his baseball career and the other players to poke fun at the streaky shooter.

In the opening game of the season, the team came out a bit overconfident and messed around during the warmup.  Though much older–one man was in his late 50s–the other team scored relentlessly on our Carlsbad boys and did not let up.

“We weren’t expecting that kind of performance from those men.  It was a wake up call,” senior Alex Tyson said.

HidP lost this game 81-47.  One would think this would cause the team to work harder to keep from embarrassing themselves further, but, unfortunately, this was not the case.  HidP continued on a three game losing streak before surprising the tens of fans at the fourth game.

“I’ve gone to every performance this year, but I’ve been relegated to water boy because of my lack of commitment to the team.  I agreed and handed them their orange slices,” senior Thomas Eshelman said.