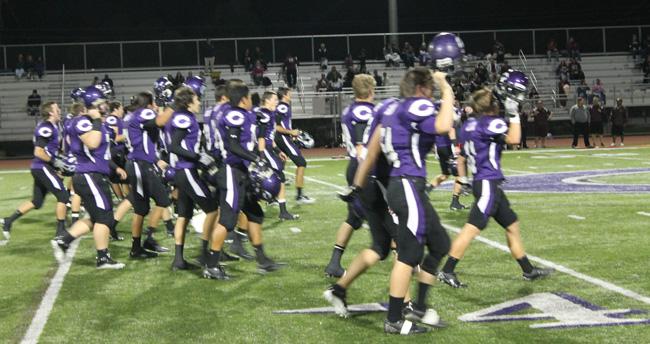 Carlsbad finished 2-2 in the Avocado West League, while handing the Longhorns their tenth loss of the season.

By halftime the game was 26-0 and looked far out of reach for the visiting Longhorns.  The Lancers didn’t let up and added to the scoring through touchdowns by Constantine Dolkas and Evan Gaspari.

The team hopes to carry this momentum into the playoffs.

“It’s always great to end the season the way we did last night, especially since it was senior night,” senior receiver Chris Santoro said. “Hopefully we can keep our momentum going to make a nice run this year.”

Since it was the closing home of the regular season, the crowd was especially energized.

“The game was amazing and the crowd was really pumped,” senior Sara Suleiman said.  “The Lancer boys did an amazing job and playoffs here we come!”

The Carlsbad Lancers now await the announcement of the CIF San Diego Division 1 playoff brackets, which will be released Sunday.