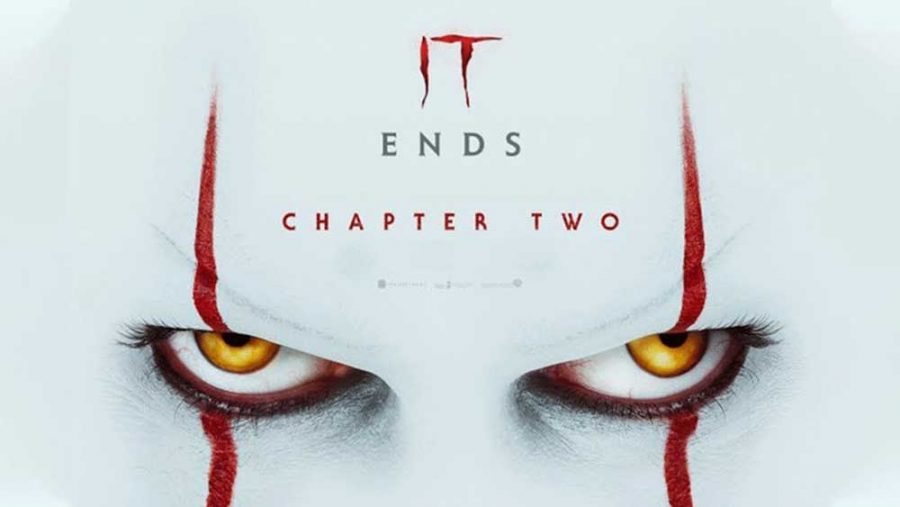 Released on Sept. 6, IT Chapter Two proves bigger doesn’t always mean scarier for horror sequels, but a good cast and faithful approach to the source from Stephen King helps IT Chapter Two succeed. Evil resurfaces in Derry as director Andy Muschietti reunites the Losers Club in a return to where it all began with IT Chapter Two, the conclusion to the highest-grossing horror film of all time. Twenty-seven years after the Losers Club defeated Pennywise, he has returned to terrorize the town of Derry once more.

IT Chapter Two takes a different take approach than the previous entry. It was more an adventure film than a horror film as the scares were really mediocre, reduced to the basic nature of jump-scares. The film was given 123 million dollars as their budget, and yet it seems as though every penny went to waste. Now that sounds harsh, but the majority of the budget went to the computer-generated images (CGI)  that was used in the film. The first movie, IT, used primarily practical effects, which in my eyes, allowed the film to succeed as much as it did. However, the new film felt as though it was crushed by the weight of the first film put on itself.

The casting choices made the film posses an A plus cast. That includes Bill Skarsgård returning as the infamous character of IT. You also have Bill Hader playing Richie Tozier, and playing very well off of him you have James McAvoy playing Bill Denbrough. This cast heavily carries this movie to the level of success it achieved. The natural chemistry that these actors possess even before stepping on screen transitioned beautifully into the big screen.

It’s a really good movie with a couple of mistakes that stop it from being a great movie. The kids are the best part of the film. They work off one another really well and will remind you of your childhood gang of friends. The scares felt earned and the story went by at a good pace, leaving no extended lengths of time that felt too boring. The sound design is overbearing and at times the 80s nostalgia is laid on a bit too thick, but, overall, a really solid movie.

IT Chapter 2 contained really well-timed jump scares with phenomenal class acting. The amount of CGI may have distracted the everyday viewer from the fascinating plot, however, this can be overlooked when you look at the entire movie and how much of a success it is. The class act, combined with amazing filmmaking, joined with a really good plot and connected with a genuinely excellent story makes the movie engaging and 100 percent worth seeing.