The music biopic that has critics quaking 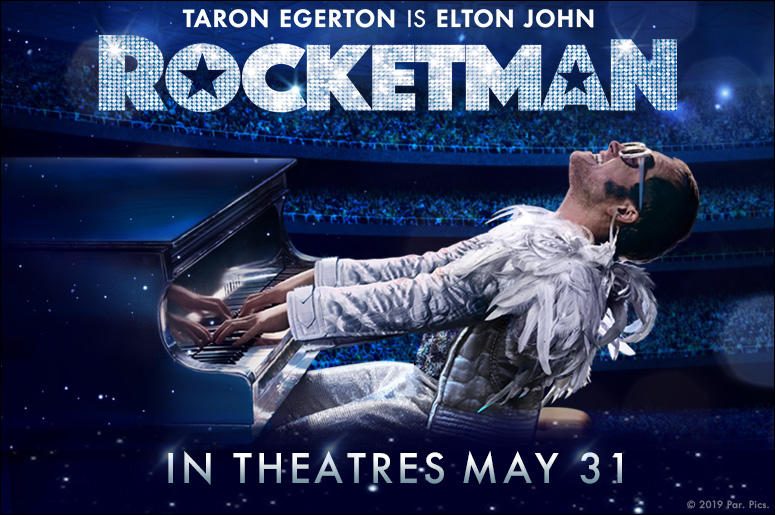 On Fri. May 31, the movie Rocketman opened in theaters and immediately blasted off into the film realm of high box office sales and a 91% critic rating. To add to the madness, users have fallen in love with watching one of their favorite musicians life unfold on the big screen, giving Rocketman an 88% user rating. Being an avid music fan, especially of Elton John — whom the movie is based on — I could not wait another day for the movie to release. Instead I immediately purchased presale tickets for the Thursday night preview. I reclined my seat and was ready to fully immerse myself in Reginald Dwight’s childhood that would eventually lead him to become the famous superstar rocket man the world would come to know as Elton John.

While it may be expected that I loved the film, due to my overwhelming love for Elton John’s music, I had set high expectations before walking into the theater. Previously disappointed with the music biopic, Bohemian Rhapsody, which centered around the band Queen, due to its historical inaccuracies, I had overwhelming standards for Rocketman. I figured that since ELTON JOHN HIMSELF produced the flick, it HAD to correctly follow his life.

Little did I know that when the lights went down, my music obsessed self would not only watch Elton’s fame before my eyes, but I would actually become a part of the journey. The format of the movie includes viewers as a part of Rocketman’s mind, family and fanbase. Each shot shows you a new perspective of John’s emotions that led him to the man he is by the end of the 2 hour and 1 minute screen time.

While it accurately depicts Elton John’s childhood and call to the stage, Rocketman goes so much further than simply following a plotline. Whenever a scene portrays the musician performing in front of a live audience, the cinematography shows not only the events that occurred during his shows, but depicts how the audience actually felt hearing his songs for the first time. The unique film shots and transitions make the movie unlike any other film made. Rocketman does not simply tell a story, it shares an emotional journey that allows viewers to relive Elton’s music first being played at the Troubadour club in LA, on the radio, on television and live at Dodger stadium in front of millions of fans.

Now I know some individuals are expecting a biopic similar to Bohemian Rhapsody that follows the unique ups and downs of Elton’s life, and I hate to break it to you but it is NOTHING like the famous flick made about Queen. Rocketman, although only slightly depicted in the trailer, IS a full blown musical. And I don’t mean the actor Taron Egerton is simply seen portraying Elton on stage at famous concerts in the film…no, Rocketman is “La La Land” on steroids. Every character is bound to break out in song at one point, so if you don’t like musicals, don’t go.

Along with this, even if you are not an Elton John fan, I guarantee the movie is satisfying and worth the cost of a ticket. Regardless of if his style of music is your favorite or not, his talent alongside Bernie Taupin’s lyrics outshine the music industry of the time. This is simply due to John’s natural ability to write music. The movie zeroes in on the writing of “Your Song,” one of Elton John’s first and still most popular hits. As he peers at the lyrics on the page and places his hands on the piano keys, he immediately plays the entire melody as though it was already constructed to perfection. While this might seem like movie magic, this scene from the film is actually mirroring his songwriting process. To this day, Elton John still states that his talent just comes naturally to him and he has no idea how he does it.

Talent such as this can be hard to portray successfully on the big screen, but director Dexter Fletcher, shows Elton’s life accurately and effortlessly. Actor, Taron Egerton, gives an overwhelming performance, and viewers are bound to fall in love with the feelings that the movie emotes. Rocketman is more than just a realistic depiction, it’s a film experience.