A letter to the Spanish Club 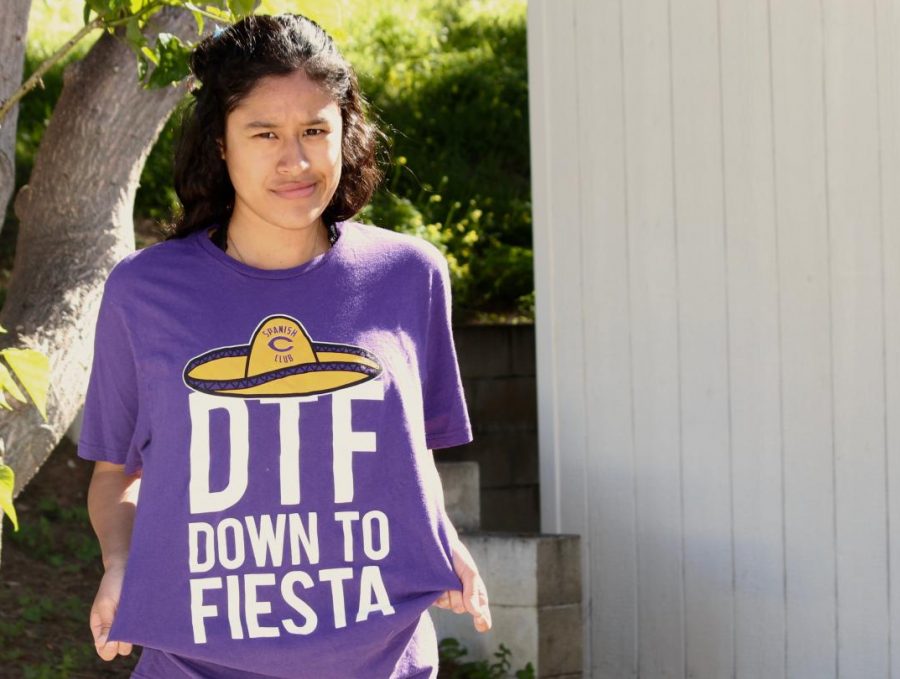 The iconic DTF shirts were introduced in 2015, a play on the internet slang word which has an inappropriate connotation. The use of the acronym mixed with "hispanic" culture is demeaning to the Latino Community.

Carlsbad High School is made up of many different students and faculty, all of different backgrounds and beliefs. It makes sense that there are clubs offered at our school that revolve around different cultures, with the sole purpose of educating other students about that specific culture. One of the clubs that stands out amongst the rest is the Spanish Club, a favorite to many of CHS students but seen as ridicule to the Latinos at our school.

This club is seemingly everywhere and they don’t go unnoticed– how can you be ignored when you are wearing a taco suit and sombrero in the middle of the quad? Or when you are dancing on the back of a pickup truck, shaking maracas while dancing to “Vamos a la playa” in the Lancer Day Parade? While it may seem fine to the members of the club, to actual hispanic people it is incredibly insensitive. We are not taqueros nor do we wear sombreros, nor are we all a part of Mariachi bands. To see so many students praise this club is not only a sucker punch to the struggle of many hispanic people, but it is keeping the toxic hispanic stereotype alive.

I personally would not have a problem with this club if they actually cared about the Latino community and not just about eating free Lola’s burritos. In a community, such as ours, it is important to have clubs that educate others on different cultures but not in this way. Opening the eyes of youth to different heritages is incredibly important in our society as behavior such as this won’t be tolerated in the future.

The best thing to do is reform your  club in the way that you present yourselves. Ditch the taco suit, instead trade it for traditional embroidered shirts but only after knowing why it is important. Don’t just wear them to wear them but as a symbol of alliance with the Latino community. I strongly believe if you are for the culture, then you are for the people. If you are choosing to be a part of a cultural club you must be willing to stand for the people you are learning about. This means not using racial slurs or using stereotypical costumes for your own amusement.

The simple truth is that hispanic people are already ridiculed enough as it is. If you actually care about this community then you will be willing to change your toxic ways. It may appear to you that we are being sensitive but you have never been in our shoes. It is up to us to change the future and make it known that we are accepting and understanding of people of other cultures.