Mental illness is not cool, stop treating it like it is 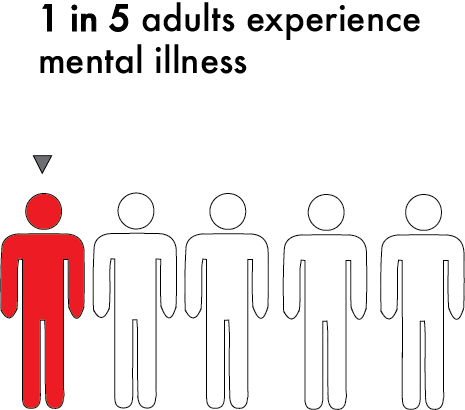 For some odd reason, having a mental illness is the new “cool” in society. Being in high school, phrases such as “I wanna kill myself,” “Kill yourself” and more get tossed around all the time. That may sound concerning, but the sad reality is that these are jokes that people are making, and nothing about it is funny.

Many popular TV shows and movies today romanticize the idea of suicide which often creates a trend within young audience. When the popular Netflix series “13 Reasons Why” aired, parents and schools across the nation were concerned as the young audience began researching suicide more than ever and even talking about copy cat suicides. Tragically beautiful is what people call it. But no, it is just tragic, simple as that, nothing is beautiful about it so stop using that phrase.

Big social media platforms such as Tumblr and Twitter often fetishize mental illness which can easily be a trigger for followers. Eating disorders, anxiety, depression, self harm, all of it is greatly publicized on these platforms but not in the way they should be. There is nothing pretty about mental illness. Mental illness is sitting on the bathroom floor at 3 a.m. crying, wondering why life is so hard; it is faking a smile but on the inside there is nothing there; it is episodes of uncontrollable shaking and worrying for no reason. It is everything but pretty.

Stop using mental illnesses as synonyms. Anxiety is not being annoyed by something, someone tapping their foot in class can not “give you anxiety,” you cannot be depressed because you can’t go see a concert you have been wanting to go to. Mental illness is defined as the “disorganization of personality, mind or emotions to impair normal psychological functioning and cause marked distress or disability. [It is] typically associated with a disruption in normal thinking, feeling, mood, behavior, interpersonal interactions or daily functioning.”

Society nowadays discredits people’s struggles with mental illnesses and it needs to stop. These issues are very touchy subjects and not easy to talk about, so when people throw these words and jokes around like it means nothing, it greatly affects the people who are actually diagnosed with these illnesses. If people begin to raise awareness about the topic and treat is as seriously as it should be, we will foster a healthier community where people will learn how to better address the issue.