Should kids and teens be allowed in public alone? 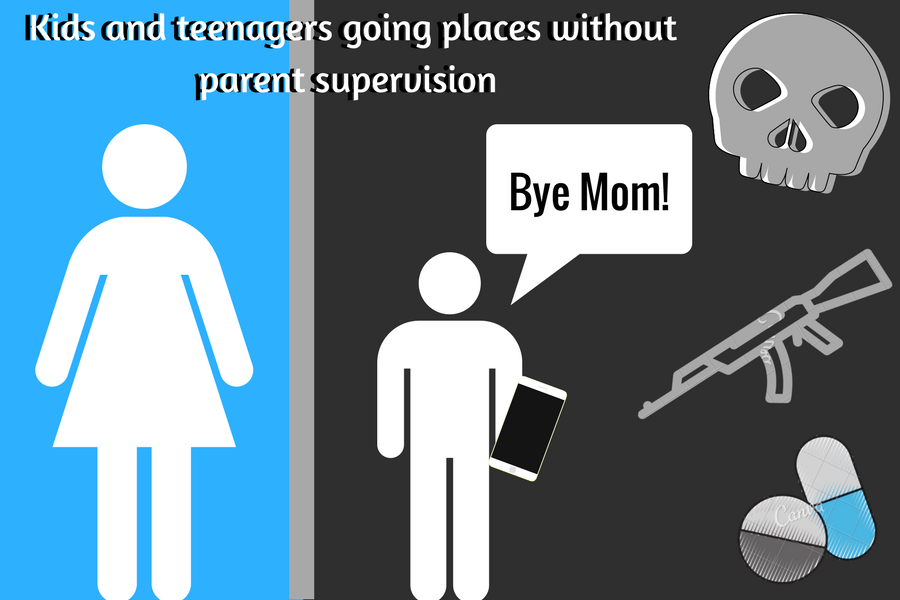 It’s common to see high school students walking around in public alone or just with friends, and no parent supervision – which is just fine. However, adults and even high schoolers can sometimes notice kids who seem a bit too young to be places without parent supervision. When there is so much crime in America today that could happen anywhere at anytime, it makes you think, should kids that young be allowed here… alone?

Of course there is no single age that all kids are suddenly allowed to go out alone or with friends in America, but some countries like Poland do have laws for this, and there, it’s illegal for children to leave without supervision until they’re seven.

Really there are all kinds of factors like maturity, and being aware of one’s surroundings that go into this, but I personally first went to hangout with friends here in the Carlsbad Village when I was at the start of the sixth grade. My friends and I knew the area, all had phones in case of emergency and understood basic things like not talking to strangers and avoiding certain areas etc.

The technology of phones has grown, and the age of kids with phones has become smaller which might go hand and hand with parents being connected to their kids even when they are not with parents. While knowing not to talk to strangers and areas to avoid is important as well, phones help parents stay connected to their kids. Without the phone technology we have today it would be more dangerous for kids to leave the house without supervision.

Regarding places where younger kids should be able to go alone, areas that usually have families, other parents, several popular businesses and often police officers or firefighters are predominantly safe. Even when parents are not around, these people are usually trustworthy.

When I first was able to hangout with friends and no parents in public in sixth grade, it was the start of this for a lot of other kids my age too, so to keep kids safe around this age, middle schools could start giving extra attention on protocols for when alone or only with friends. This should expand further than just the “stranger danger” idea and go over things like shortcuts on a phone that can signal an SOS in emergency.

Overall I felt that the start of middle school could be the start of hanging out with friends alone for a lot of kids as long as they have the maturity and a phone or at least a friend with one. Even though there is so much crime, kids and teenagers should not need to be shielded from this completely, freedom is important around the ages of high school and middle school. For high school students that read this however if kids seem too young it’s okay to keep an eye on them and make sure that they and anyone new to being without parent supervision stays safe.