Paying for a future 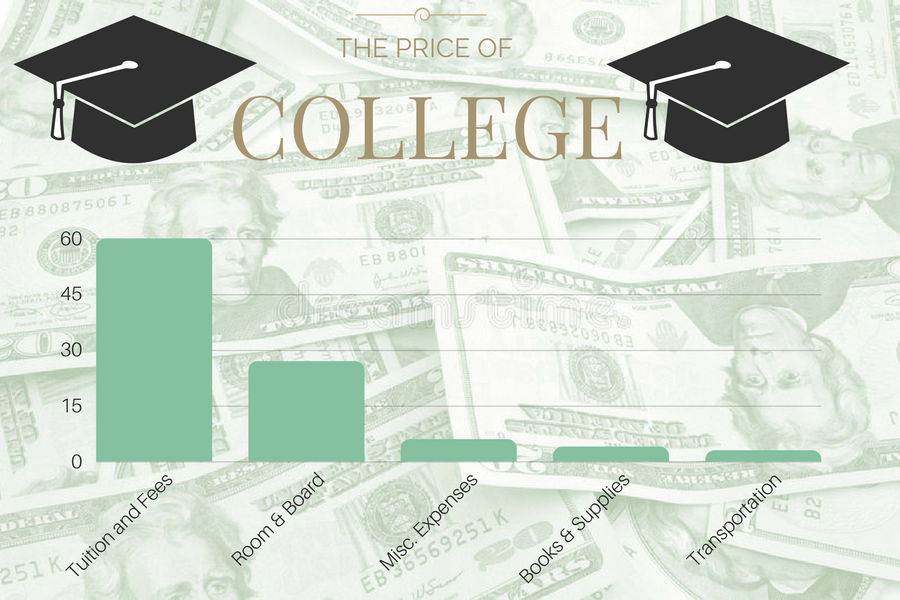 When the thought arises of what comes after high school, college is usually the first thing that comes to mind. Soon after thinking this, the cost of attending the university soon follows. Just thinking about how many student loans you will have after your schooling years will cause stress and anxiety. Going off to college is supposed to be something exciting because it means taking the next step towards adulthood, but with the tuition of college increasing about 5 percent every decade, it is hard to feel the enjoyment when the bills are weighing you down.

It has been drilled into the heads of students that in order to succeed in the real world, you need a college degree. However, with student loans topping one trillion dollars, many people are accepting their fate of being ‘unsuccessful’ because the cost of college is just too much to bear. Another alternative to spending thousands of dollars would be to settle for a school that does not meet all of the qualifications in your head. Both of these ‘solutions’ would not need to exist if the tuition for college was far lower than it is today.

The tuition for a four year private college is averaged at 33,000 dollars. Just to give a comparison, the average price for a new car in 2015 was about the same amount. It is understandable that college should cost money, but to ask students and families to pay the price of a new car in order to be perceived as ‘successful’ once they finish their schooling, is an idea that the education system must change. If colleges decreased their tuition, then everyone would have the opportunity to receive a higher education and find what they want to do in the real world.

To clarify, college should not be free- that would cause taxes to sky rocket and overall become more of a negative change than positive. I do believe that colleges need to rethink how much they are asking people to pay, in order to receive an education which could help them have a better future. By depriving high school graduates of going to college, it is depriving human beings of a future that makes them happy and possibly more successful, than otherwise not attending college.