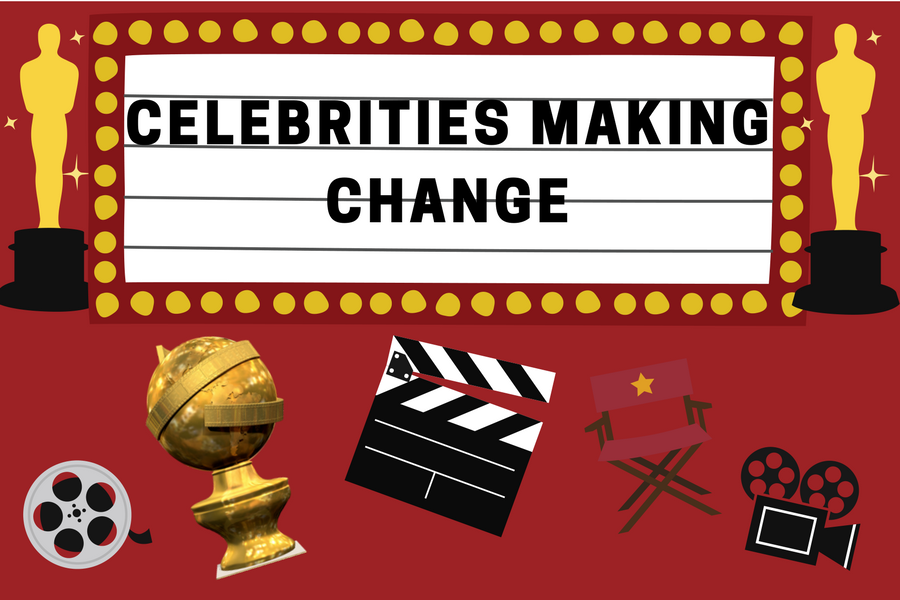 Award shows provide a setting that calls for powerful speechmaking. In years past, the speeches heard by millions of people regard thanks to the winners’ family, friends and workers who helped them achieve their success. In some instances the speeches may mention their views of society’s issues. The year 2018 did not follow the norm; celebrities continually shared their opinions throughout the show through speeches, videos and fashion.

The political activism that surrounded the 2018 award shows demonstrate the necessary use of the platforms that celebrities have. Celebrities at the Golden Globes confronted the sexual harassment that is too common in the World today. The #METOO movement was created to show girls who have been sexually assaulted that they should not be afraid to speak out and are not alone in dealing with their past experiences. In her speech accepting the Cecil B. DeMille award for lifetime achievement, Oprah said to CNN, “I want tonight to express gratitude to all the women who have endured years of abuse and assault, because they, like my mother, had children to feed and bills to pay and dreams to pursue.”

Along with the Golden Globes, the Academy Awards also showcased the democratic and liberal views shared by most of Hollywood celebrities. The Golden Globes that took place prior to the Academy Awards focused on the #METOO movement to shine a light on sexual assault. Like the Golden Globes, the Academy Awards also featured the political views of celebrities, and this time, thoughts of President Trump were discussed as well. In relation to the #METOO movement, some celebrities called Trump out for groping women himself. Rebecca Katz, a Democratic strategist from the party’s progressive wing said to the New York Times,  “When a famous person can use their celebrity to spread information about why someone should get off the sidelines and vote, that’s a good thing.”

Nearing the end of the Academy Awards, there was a video about the book written by Michael Wolf, Fire and Fury, that focuses on Trump’s White House. Celebrities including Cher, Snoop Dogg, Cardi B, John Legend and DJ Khaled joined Hillary Clinton to read different passages from the book. The celebrities came together in an effort to mock the President of the United States. Clinton’s short cameo brought up conversation and applause in Madison Square Garden. The skit highlighted the dysfunctional White House that is run by Donald Trump.

Celebrities are finally making change with the power their platforms hold. There are many opportunities and occasions that their voices are heard by millions of people. There are hopes that the views brought up and discussed will open people’s eyes and create needed change in the world today. If the action celebrities have started continues and is successful, everyone in society will experience a more accepting and safe way of life.