Trump announces that the U.S. recognizes Jerusalem as Israel's capital. 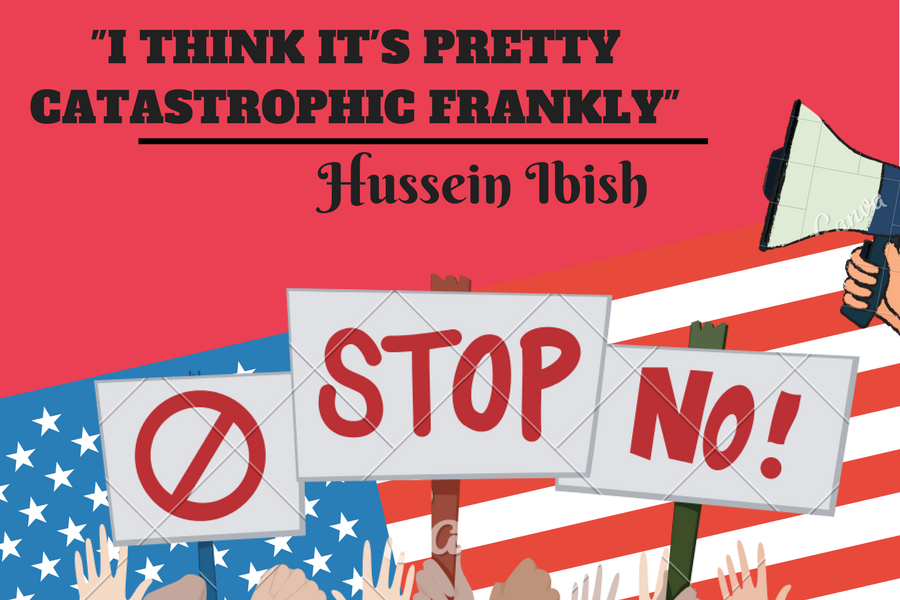 On Wednesday December 6th, president  Donald Trump announced that the U.S. recognizes Jerusalem as Israel’s capital, imperiling Middle East Easternpeace efforts and upsetting the Arab world and Western allies alike. Trump also announced that he would be moving the U.S. embassy from Tel Aviv to Jerusalem.

This is essentially upending nearly seven decades of American foreign policy and potentially destroying his efforts to broker peace between Israel and the Palestinians. This move will not make America or the world safer.  It will not bring peace in the Middle East. It will put our military men and women in extreme peril.

Trump in the announcement was speaking for all people in America, even though many people have expressed their dislike to this. Trump was speaking for every adult, student and child on what he believed was the right decision.

These announcements have provoked riots to break out in Eastern Jerusalem. The Red Crescent said 217 people were injured in the protests, in which Israeli security officers fired what appeared to be rubber bullets, tear gas and water cannons at demonstrators.

The U.S. has historically insisted Jerusalem’s status be resolved through Israeli-Palestinian negotiations. Trump voicing his opinion in this issue is not helping the peace between our countries. Many other countries are refusing to speak on this issue such as the Israeli Prime Minister Benjamin Netanyahu. They did not  issue a public statement on Trump’s call and told his ministers to stay silent as well.

We can see what Trump was trying to do with announcing this change in this pivotal point in history. He to set America apart in this day and age, but he ended up making matters worse. He put the world at a disappointed silence with his views.

Trump announced that he would be moving the U.S. embassy from Tel Aviv to Jerusalem. This puts our military into extreme danger. These troops would be deployed into a very hostile area. We already have troops deployed in Israel; why would we put them in a more dangerous position?

Moving the embassy was one of Trump’s main campaign promises, yet when this is taken into action the public is upset, and for good reason. Trump said that he would do what so many other presidents couldn’t do.

This is not the first controversial decision trump has made since he’s been in office, and most likely this will not be his last. However, this particular decision is putting lives in danger, countries at risk  and America in controversy. This doesn’t make our country look impressive at all. This makes our supposed leader look out of his place. This all combines to Trump making bad decisions towards our country.