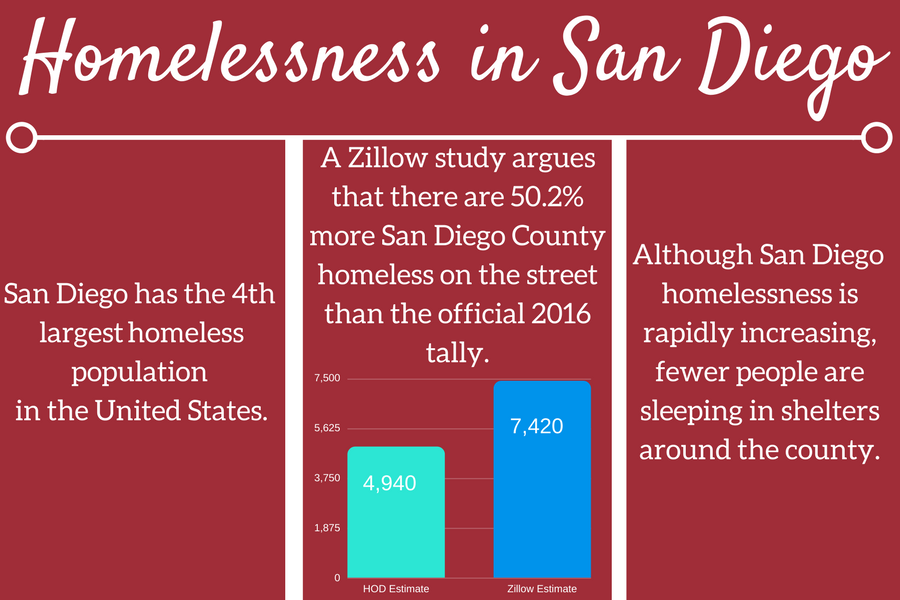 With an $80 million plan to house the homeless population of approximately 12,000 people, and a recent deathly Hepatitis A outbreak, San Diego County is facing what seems like an impossible problem to solve. Year after year, our solution has been to take a few of 12,000 homeless people and hide them away in temporary homeless shelters, which have a limited amount of resources, and barely make a dent in the issue. But this year, San Diego has decided to take a new course of action. Their new goal of providing the homeless with permanent housing, equipped with health services, will take intense patience and concentration, but we finally have a set plan that is likely to give people adequate homes, where we can then treat their health.

One disease we should be particularly concerned about is the Hepatitis A virus, which affects people in extremely unsanitary environments. In fact, the virus spreads by ingesting food that contains an infected person’s feces. For this reason, hepatitis has always been more common throughout the homeless population. Nonetheless, it’s exposed to us all. So far, the disease has taken the lives of 16 people, and has infected 444, just in the past year.

Luckily, there is a vaccination for Hepatitis A, but, we must get to the root of the problem by vaccinating as many homeless people as possible. This we cannot do without first putting a roof over their heads. To achieve this, the financial plan will hopefully provide permanent housing, as well as health services, to the homeless.

When it comes to the homeless issue, this solution is the most sensible, it’s likely to be the most effective, and it’s a plan that is simply long overdue. But looking at the timeframe, there are plenty of ways to get sidetracked.

It would be around three years before we see impactful results, and in the meantime, the county is also focused on getting people into temporary shelters. As long as we don’t get caught up in this temporary solution and stay on track, we can use this money wisely and effectively. Even though this will take time, I believe if we stick to this plan, we can do more than just make a dent in this issue; we can completely break through it.