Why Trump’s revocation of DACA hurts us all 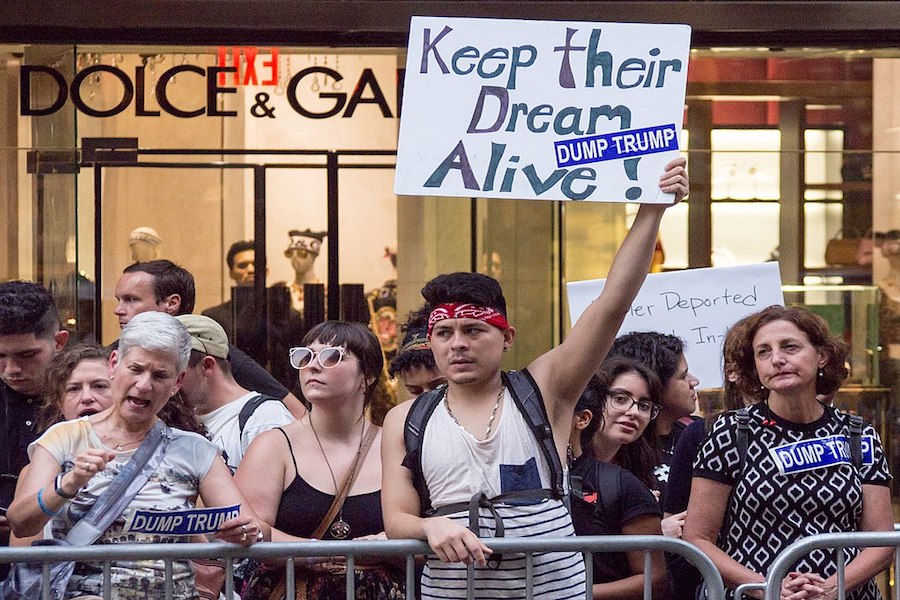 On September 5th, 2017, Trump announced the future repeal of DACA- the Deferred Action for Childhood Arrivals. This news came from his Twitter, where he announced that Congress has 6 months to pass legislation regarding this program. This program gave recipients the opportunity to enroll in college, pay income taxes, and hold secure jobs.

This action directly contradicts the very values this country was created on. DACA essentially defines the American Dream, in which one can come from nothing and start a new life for themselves and their family in a new country. The men and women protected by this program, known as “dreamers,” were brought into this country as a child or teenager, and have since been contributing to this society just like any other young adult.

By revoking this program, issued by former president Obama, Trump is not only upending the lives of nearly 800,000 young adults, but contributing to a giant loss for the entire country. These people that are at risk for deportation are students, workers, and parents; so why would we uproot them in the only lives they have ever known?

Before this was announced, Trump expressed some contradictory thoughts towards the DACA program. After pledging to dismantle the program during his campaign trail, he said, “We’re going to deal with DACA with heart.” As seen in every other decision made by Trump, this was not dealt with using “heart.” In fact, tearing apart families who worked hard to gain the life they now have is one of the most heartless things a person can do.

Although this may not affect you personally, it could affect your neighbor, friend, teacher, or doctor, not to mention the country as a whole. This program supported dreamers who wanted a better life, and our president is threatening to take that away. Why? Well, Trump has stated that he believes the program itself is unconstitutional, and that the ability to enact an immigration policy should lie with Congress, not the President, regardless of the constitutional power of executive action. Yet, by revoking DACA, Trump is challenging the virtues of life, liberty, and happiness that our country promises its people. Now, how is that supposed to make America great again?