Following the 2016 election on social media 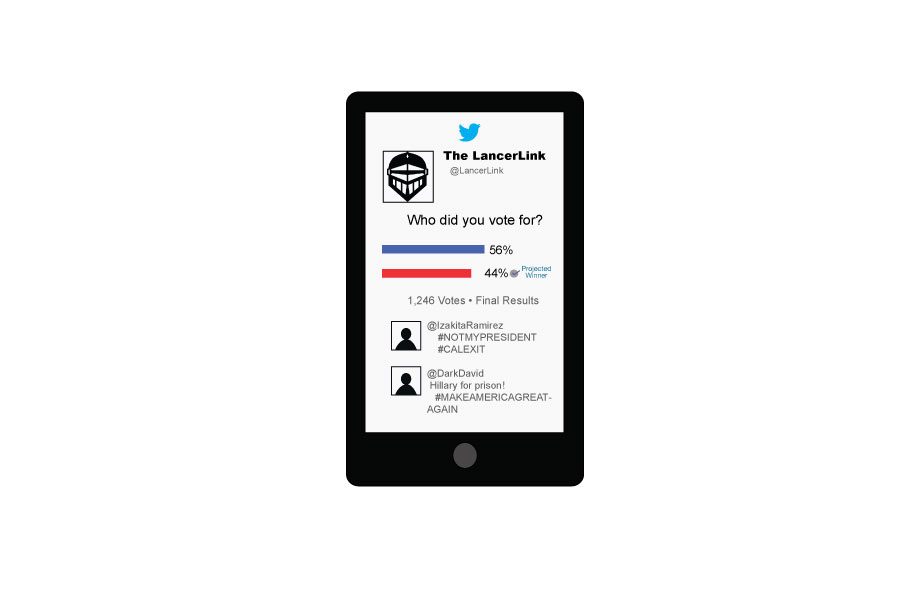 We’ve done it. We’ve made it through another year, and somehow another election. It’s been a wild ride, dealing with accusations of being related to a man who killed JFK, to being called a doppelgänger, and nicknamed deplorables. Regardless of who we supported, and who we wanted to represent the United States of America – this election remains as being dubbed as a controversial event.

We are a generation raised by technology, most teenagers know this. Most of us have smartphones, computers, and especially social media accounts. When the 2016 election came around, it consumed social media. Instagram, Twitter and even Snapchat was flooded with political jokes. The 2016 election became the butt of a joke – a lot of funny posts consisted of ridiculing the presidential candidates, not actually focusing on what they would do for the country.

From the start, the election has largely been on social media, it’s how most people got their news, from Facebook, Snapchat and Instagram. Republicans, Democrats, Independents and who ever else stood on the sides watching the disaster of the 2016 presidential election. Despite how publicized the event was, many polls reported this election to have one of the lowest voter counts to date. 55% of eligible voters casted a ballot, compared to 2008’s of nearly 64% as CNN reported.

It’s strange to think about when for months, all that was ever on the news consisted of Donald Trump and Hilary Clinton. On Instagram, we spent hours criticizing how many times Trump sniffled through a debate, instead of actually paying attention to his policies. On Snapchat, we collectively decided to comment on how Elizabeth Warren and Hilary Clinton wore matching outfits. We rarely discussed, or paid attention to how these policies could be implemented. Now most of us are left wondering what we do next. Regardless of the electoral votes, if Clinton had won – the situation would have been the same.

We spent casting news digging dirt about the candidates in hopes to make the other party look bad. There was a post on the internet with Donald Trump, who is quoted from the 1990’s to have said should he ever run for president as a republican, he would win because of their stupidity which in fact he never said. Or how often we focused on Hilary’s emails, never what she wanted for the country.

The election was determined by media, just how much we paid attention to antagonizing the candidates. It was a collective idea of us vs them. Never Hilary, Never Trump. And yet still, half of us were surprised at the results when many people opted to not vote, or vote as a joke – and half of us cheered for finally being understood.

The result is in, and the reality is – whether we know it or not, the election not only depended on where you lived and how you lived but where you got news that wasn’t true. It depended also on how the candidates were represented in your media. The question is: was everything that you saw, fact or fiction?