Brewing up a new batch of controversy 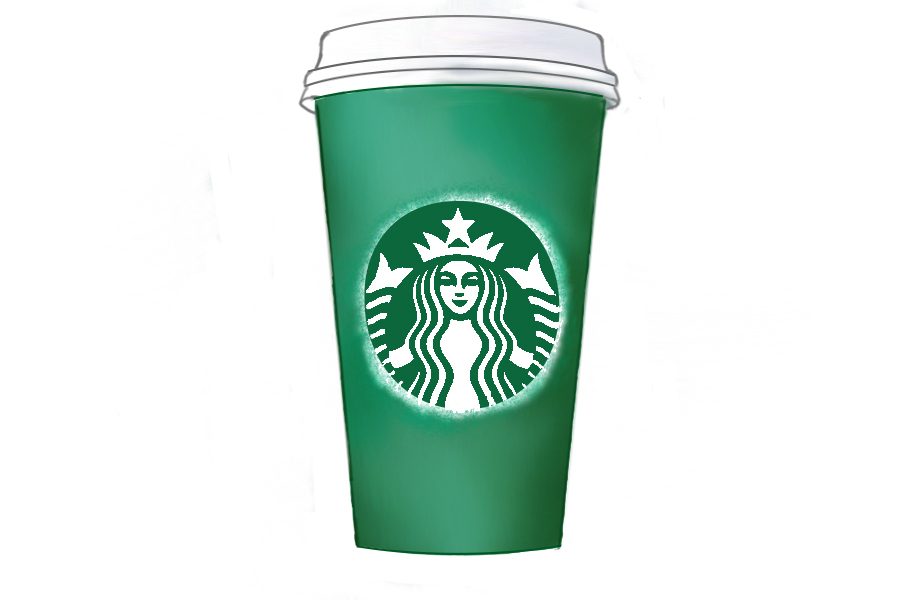 On the eve of the 2016 election, one of the most divisive elections in modern history, Starbucks coffee released a new coffee cup dubbed the “Unity” Cup. Decorated with a drawing of 100 different people using one continuous stroke, the green and white cup was meant to be a symbol to show people that although this nation seems so divided this year, we are all still one and the same.

Unfortunately the “Unity” cup has became a source of controversy. Some customers have interpreted the release of the cup as an attempt to further a political agenda, accusing Howard Schultz, CEO of Starbucks, of pushing his own political views on their customers.

This was not the first instance of intolerance and anger that has erupted over the design of an insignificant coffee cup. Last Winter, Starbucks released their seasonal plain red coffee cup, made to be a clean slate for customers to get creative by drawing on the cup. After its release, Starbucks received heated backlash over the design as the plain red design seemed to offend some customers over the distinct lack of holiday theme, accusing Starbucks of waging a war on Christmas.

These specific outbursts of intolerance and hate represent a growing trend of frustration in people. It is a result from the expectations of social acceptance; the focus to primarily not offend or disadvantage any group of people in society.

The Unity cup is centered around love and acceptance during an election where no middle ground seemed to exist. A wildfire of anger and hatred burst forth immediately after the release of the cup which revealed a hidden layer of distrust and social discontent towards present social issues.

This amount of anger seems so misplaced. Hundreds of people are choosing to angrily tweet over the “inclusive” design of a coffee cup rather than taking a moment to step back and find a solution that does not include relinquishing hate. Political correctness in our society is a tool for equality by encouraging people to promote diversity and to treat one another as equals.

This idealization of acceptance in the United States has gained a fair bit of backlash. Mainly stemming from those who fear using rhetoric in order to avoid marginalizing others will inhibit freedom of speech. People stand in opposition to the ideals of tolerance promoted by Schultz and Starbucks by blocking any attempts to spread acceptance; they interpret it as an attack on their beliefs. Americans, must work together to understand one another, instead of driving ourselves further apart as it is now the attempts of a coffee company to bring people together.