Does Trump pay his taxes? 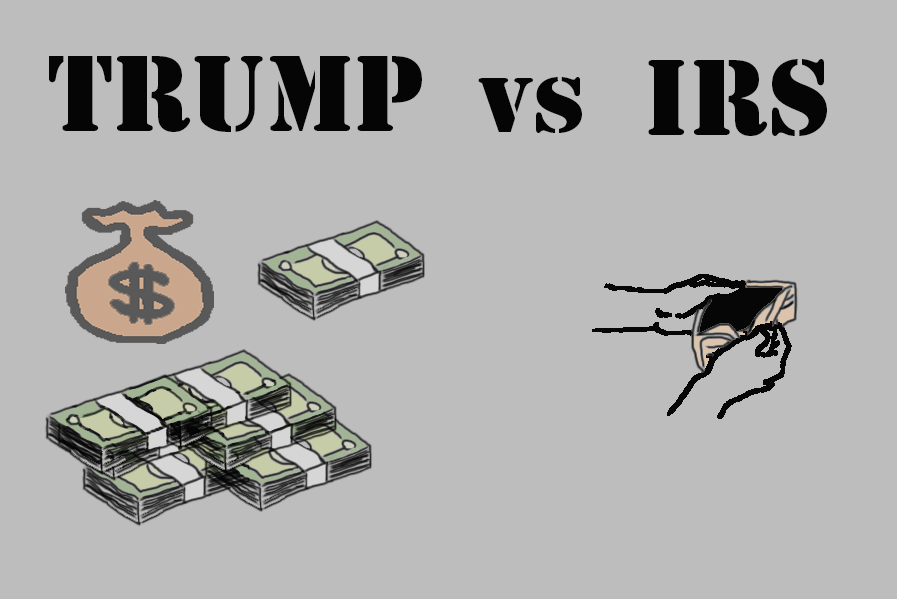 In case you missed the first debate, here’s a recap: Clinton baited Trump and his lack of preparation was quickly shown by his heavy breathing and off-topic answers. The usual controversies for each candidate came up; emails for Clinton and taxes for Trump.  Clinton responded to questions about her email scandal the same way she has for months, but Trump may have revealed some startling information while responding to a question about his tax reports. When Clinton accused him of not paying his income taxes, Trump responded with “that makes me smart.”  So just to summarize, Trump admitted in front of millions Americans that avoiding taxes makes him smart. Seems presidential.

In an attempt to defend his outrageous claims, Trump complained about the way the government spends taxes, saying if he had paid taxes, “they would have been squandered.” That seems like a pretty clear admission that he does not pay taxes. For someone worth 4.5 billion dollars to pay zero income tax would be not only shocking, but wildly unfair. Economist Ben Stein told CNN, “We all look to minimize our taxes, but as a decent human, paying no taxes doesn’t look good, for a person with a private jet, many houses and resorts not to pay any taxes it doesn’t look right.” Not to mention, his actions are a slap in the face to his core supporters, hardworking middle class voters who do not have the lawyers, accountants or income to find and take advantage of loopholes in the tax system. As Clinton pointed out, Trump’s taxes could have been used to help schools, roads, and airports. Even though he may not utilize public airports or schools, it is still his duty as an American citizen to pay his fair share.

Although the debate appears to have revealed that Trump will not be releasing his tax report because he doesn’t pay any, he denies that he admitted anything. After the debate, when reporters questioned whether or not he admitted to avoiding income taxes, Trump told them defiantly, “of course I pay taxes.” So don’t worry, the billionaire republican nominee promises he hasn’t been slighting the American people for years. But then again, Trump says a lot of things.