Climate Change: the situation underneath the rising surface 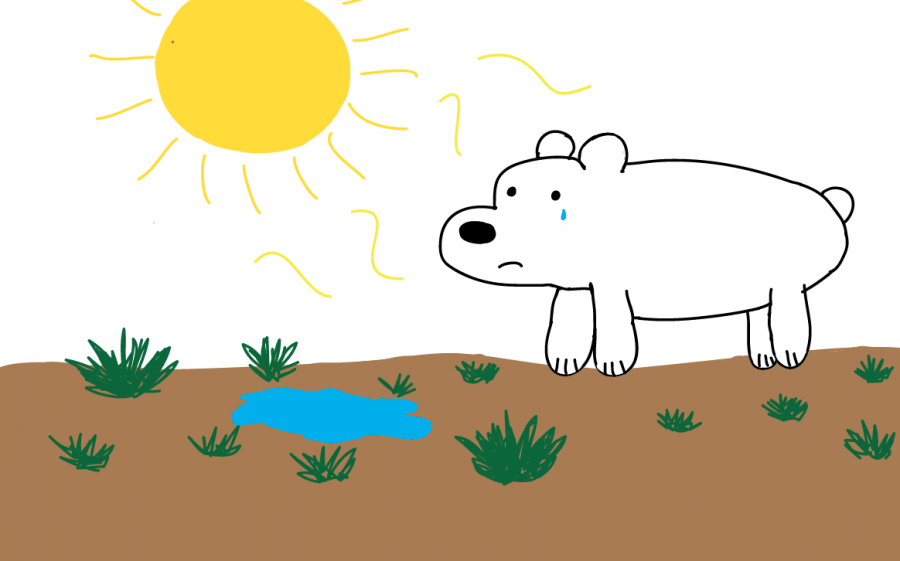 The topic of global warming has been a hot one over the past decade, but puns aside, the way we decide to address the problem will determine if this phenomenon will continue to hinder our existence.

According to a poll taken in 2014 by Pew Research Center, only 48% of Americans believe that global climate change is a major threat to the United States. However, in President Obama’s most recent State of Union Address, he shined a bright light on the subject.

“Look, if anybody still wants to dispute the science around climate change, have at it,” Obama said. “You’ll be pretty lonely, because you’ll be debating our military, most of America’s business leaders, the majority of the American people, almost the entire scientific community, and 200 nations around the world who agree it’s a problem and intend to solve it,” (San Antonio Business Journal).

On their website, NASA has listed all the hard evidence that has been gathered, including facts about the rising sea level, rising global temperature, warming ocean, glacial retreat, ocean acidification and other extreme events.

For example, NASA has found that the sea level is currently rising at a rate of 3.39 millimeters per year. Not only that, but 2014 was the warmest year on record, comparative to the average temperature found between the years of 1951-1980, the temperature in 2014 was 0.75 degrees Celsius higher than usual (NASA).

Luckily, our world leaders are taking action to help secure our Earth’s prosperous future. On Dec. 12, “more than 190 countries came together to adopt the most ambitious climate change agreement in history. The Paris Agreement establishes a long term, durable global framework to reduce global greenhouse gas emissions. For the first time, all countries commit to putting forward successive and ambitious, nationally determined climate targets and reporting on their progress towards them using a rigorous, standardized process of review” (whitehouse.gov).

The Paris Agreement solidifies a progressive and collective move in the right (or should I say left?) direction, which will provide strong assurance to developing countries that they will be supported as they pursue clean and climate resilient growth. The goal of this pact is to keep the global temperature rise below 2 degrees Celsius.

What can you do to help the environment? Many precautions can be taken to help amend this problem. To lessen the amount of fuel emissions, drive as little as possible, try starting a carpool, or when you do have to drive somewhere, make sure that your car is driving efficiently.

If you’re bored one day, plant a tree. A single tree will absorb approximately one ton of carbon dioxide during its lifetime (about.com).

It is time for not only the American people, but the whole world to wake up. We’ve changed the climate; now we need to change our habits.