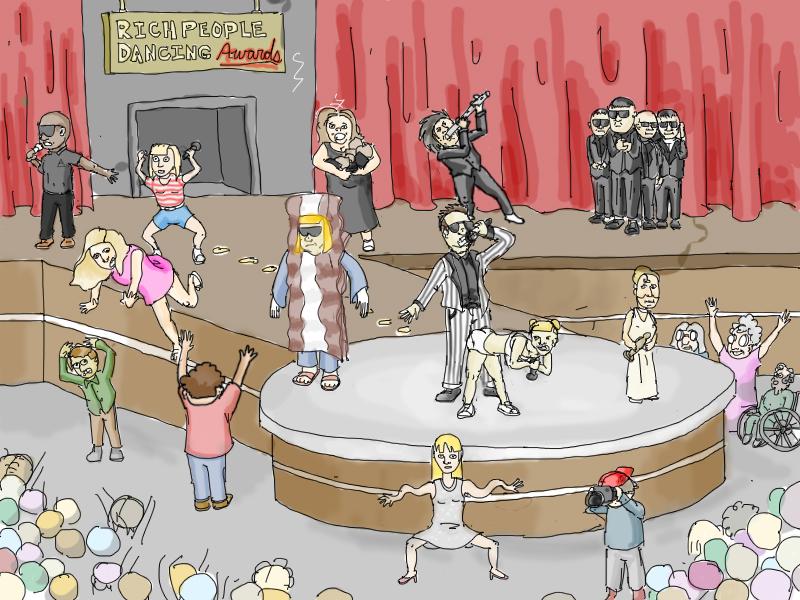 It’s the 56th Grammy’s and the camera pans to Taylor Swift obnoxiously dancing for what feels like one hundredth time. P!nk has just done exactly the same acrobatics routine from the year before and the crowd is about to clap for all the people who died this year.

Next stop: Meryl Streep delights grandmothers around the country by winning her thousandth Oscar.

Awards season sweeps through the country around this time every year and it’s becoming increasingly predictable. Not to mention the sheer amount of awards shows we have nowadays is serious overkill.

With the Grammy’s behind us, we were all blessed with the opportunity to watch three and a half hours of the music business’s biggest names indulge themselves by handing each other what Jay-Z referred to as a golden “sippy-cup.” It’s long-winded to say the least, but it is the one awards show that covers 78 categories from Best Rap Song to Best Spoken Word Album.

With all of these covered in one awards show, you would think that there wouldn’t be any need for more music related awards shows, right?

Wrong. Enter the BET Hip-Hop awards, the AMAs, the VMAs, the CMAs and more acronyms ending in “A.”

This begs the question what do these shows even stand for anymore? And why do we need so many?

Considering that all arts and entertainment is subject to opinion, we don’t need any. However, it is important to recognize exceptional work when credit is due and an awards shows helps do that. Awards shows do the service of helping shine recognition on deserving works.

It just becomes monotonous when all the rich people in show business repeatedly televise different events of them patting each other on the back. That’s why awards shows should be kept to the basics like the Grammys and the Golden Globes.

Also to clear the air, the VMA’s and MTV Movie Awards should forever be kept strictly for entertainment value. Second- tier awards shows like those are successful because the awards aren’t taken seriously and take a back seat to classic moments like Miley Cyrus’s “twerk that shook America” and Kanye’s infamous interruption of Taylor Swift.

Also the Razzies should most definitely be kept around because they help single out the garbage that Hollywood sometimes shamelessly throws upon its audiences. Also any opportunity to take a shot at Michael Bay is a welcome one.

Awards shows for the most part have become filled with the same predictable routines and are just all too common in general. When the award shows are kept to a necessary minimum, then the awards will become truly meaningful. Until then, tune in and enjoy the upper class celebrating themselves in a multitude of ways for the foreseeable future.