Don’t let them measure you 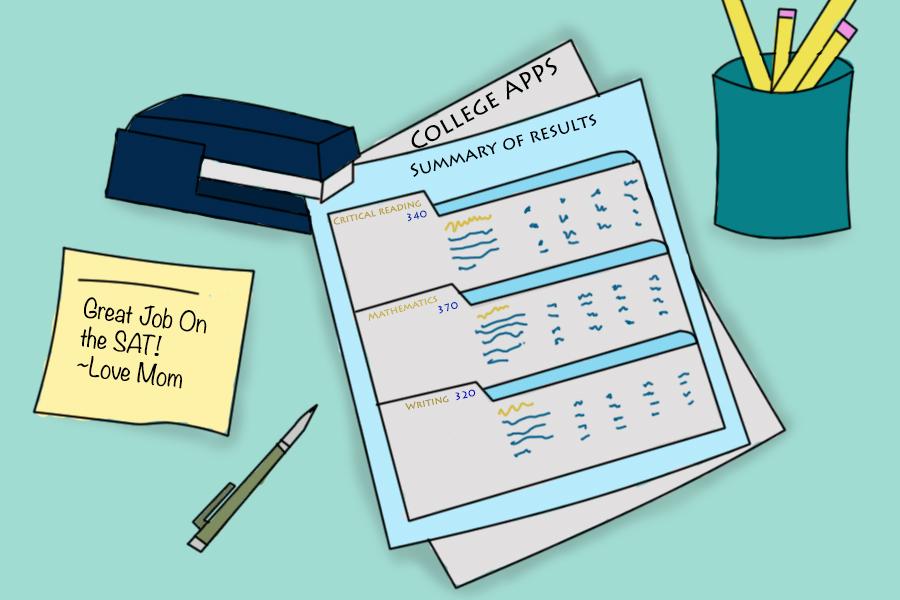 In 1968, Senator Robert F. Kennedy had this to say about gross domestic product as a measure of economic growth:

“[It] does not allow for the health of our children, the quality of their education or the joy of their play. It does not include the beauty of our poetry or the strength of our marriages…It measures everythng, in short, except that which makes life worthwhile.”

While I have no problems with GDP as a measurement of economic health, there is another number with a similar problem. A number with such great meaning and arbitrary calculation it drives teenagers mad. This, of course, is the SAT.

Yes, this four hour, 51 dollar, 87 year-old trial-by-fire could very well lock the gates to your dream college faster than you can finish the fill-ins on the critical reading section. But standardized testing isn’t the problem, there is no other way to compare applicants on a level playing field.

The problem circles back to RFK’s wise words. SAT results, like GDP, are engrained in our minds as indicators of the future, but in reality, they say nothing about who we are.

Defined by the College Board, the SAT is a “reasoning test” which measures a student’s academic success in mathematics, reading and writing.

In reality though, the test is more like a brain teaser with an essay. Answering questions involves strategy more so than it does recollection of high school academics.

However, there is hope for this well-aged test. David Coleman, the new president of the College Board, has made an excitingly progressive change to the SAT. In September, he unveiled his plans to alter the writing section of the 2015 SAT, changing the prompt from odd rhetorical questions to response-to-literature questions.

Hopefully, SAT changes will continue and make the test a fairer representation of what it claims to be. But if we want to impress RFK, there is more to do.

No matter how accurately the SAT measures academic aptitude, do not allow four digits to define your life. Studying for classes rather than the SAT doesn’t make you a bad person, and paying for SAT prep classes doesn’t make you a good person.

Now that I’ve been to the abyss and back, I’ve formed an approach to standardized testing in three easy steps.

First, don’t get discouraged by a bad score. Whether you take the SAT, ACT or whatever else, don’t expect to be a test-taking genuis. Second, don’t overdo the first step. Paying the College Board $404 only encourages them to make stubborn tests. Lastly and most important, no matter your score, don’t let it control you. Nail it to your college application, then never speak of it again.

No matter how horrible or excellent that score is, it can never define character.