Blockbusters coming to a theater near you

Haven't I seen this movie before? 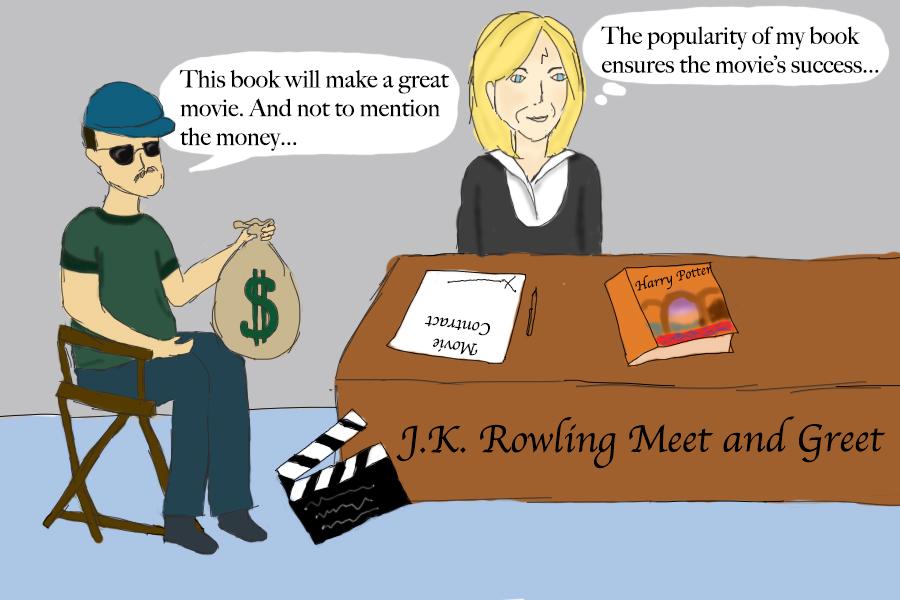 Spoiler Alert: The Hero lives–but with a cliffhanger ending. Sequel to come next Christmas.

It seems that the film industry has failed to make thoughtful and original movies lately. While watching upcoming trailers, I realized that most of the new films are sequels or based off literature, (specifically dystopian romances, comic book based and sequels to pixar films). What happened to movies like Twelve Angry Men, Rebel without a Cause or Forrest Gump? What happened to making movies that will become classics?

Creating movies based on sequels or popular books draw in a huge fan base. Add in a teenage heartthrob, and it’s guaranteed that millions will come to view said film. Yes, lots of money is going to be made and yes, the movies may be entertaining. But they won’t be original. Personally, I’m tired of seeing films where I already know the plot and characters.

Put the money aside. How about making a film for the sole purpose of telling a great story?  Even better, a great unique story. Occasionally, a movie will come out with an original idea, powerful acting, perfect music: A hidden gem. “Hidden” because of its lack of commercial value. Recently, I haven’t found that new movie which will knock my socks off.

According to boxofficemojo, the five highest-grossing movies of 2013 are Iron Man 3, Despicable Me 2, Man of Steel, Monsters University and Gravity. Of these five, four of the movies are sequels, prequels or based off a previous idea.

The next three on the list are Fast and Furious 6, Oz the Great and Powerful and Star Trek into Darkness–all based off movies that have already been made.

While entertaining, these films are predictable and come pre-stocked with well-known characters and plots. They lack the creativity that the movie industry used to have. It’s time to put the idea of making a powerful movie above the idea of making money. I would rather take a chance on a unique movie that not many have heard of, than watch yet another retelling of the same-old-story (Hangover 4 anyone?).

Take Jaws, the original. It was terrifying for it’s time and unlike anything that had been made. However, the next four movies, and yes, there are four Jaws movies, can’t even compare with the first. Shrek. One of my personal favorites. Shrek Two I can handle. Three is pushing it. And Four. Four Shrek movies? Seriously? We get it, he’s an ogre…but lovable. Spiderman, Batman, Mission Impossible (apparently it’s quite possible after four movies), Ice Age…the list, sadly and predictably, goes on.

If Hollywood insists on repackaging the same material over and over, maybe it’s time for us the viewers, to take the risk  and find those hidden gems. Find a movie made by a director who relies on his own imagination and story telling, instead of the safety of  another sequel. Try the Artist or the Descendants, both were nominated for best picture in the Academy Awards, 2012, and both were new original ideas.

Search for some classics to spice up your Netflix queue at RottenTomatoes.com, and see what all the fuss is about. If nothing else, at least there will be the suspense of not knowing if the hero survives until the end.