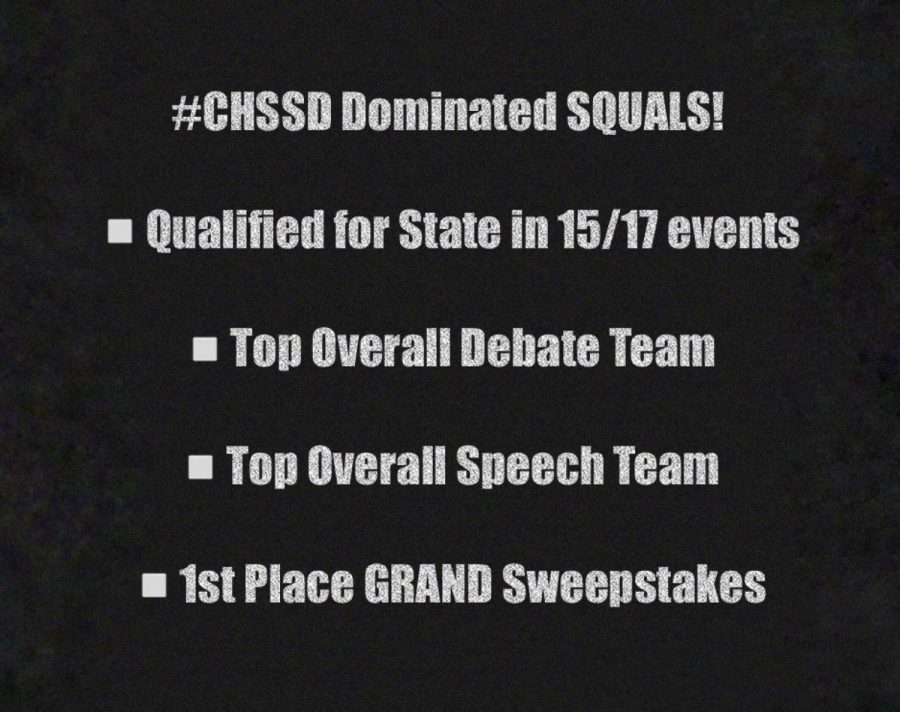 The Speech and Debate team has many accomplishments such as winning sweepstakes (most amount of points by a team) at league tournaments to being named Top overall team in Debate and Speech for the state qualifying tournament, to earning several pots in the national championships. Although this year has been difficult they have made it work.

As speech and debate was fully online this year the experience for newcomers was a bit different. Still, that didn’t stop the team from being named as the 9th best in California.

“My first glimpse at speech and debate was really amazing as well as stressful,” Freshman Isabella Lehnerz said. “Having speech and debate online was not what anyone on the team truly wanted to do but for tournaments it also allowed a lot of other schools to join in for debates. It gave our team a lot of experience.”

“I had no idea what I was signing up for but it was really the people that made the whole experience so amazing and less nerve racking. We had a lot of laughs and learning from mistakes.”

The speech and debate team is Southern California’s number one school, and number nine in the State. Speech debate has about seven to ten students qualify for state every year. For returning students it may not have been that much of a shock but for our new students it was an amazing experience. Speech and debate has the opportunity to head to nationals this year, Junior Noelle Planchon qualified for the national tournament.

“I feel like I did very well this year. I qualified for state and nationals and felt as though I have improved tremendously,” Planchon said.

This year was a big adjustment for everyone. Speech and debate is normally an in person event. This year it was strictly virtual. According to speech and debate co-president and senior Pajaka Lakshmin, it was a team effort to keep the team rolling smoothly.

“We treated this like any other year and conducted meetings online regularly to ensure that our novices would be able to learn the rules, write their own speeches and practice. Our individual event captain worked closely with people in their event to ensure that everyone was feeling prepared ad perform well at competitions. We did not let COVID-19 slow us down.”

Speech and debate has seven qualifiers heading to the national tournament right after school gets out this June to end this year’s season.

“This year was definitely less interactive because we weren’t performing our speeches live. Although this season was strange we are definitely excited to head to nationals this summer.”