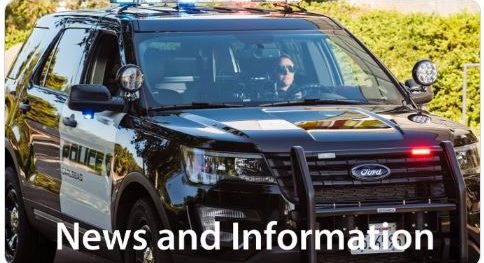 The Carlsbad Police Department is investigating a potential threat posted in a video by Andre Saraffe that targeted any potential rioters and looters at Carlsbad's peaceful protests.

The Carlsbad Police Department (CPD) is investigating a potential threat made earlier this week against people protesting racial injustice this weekend in Carlsbad.

Publicized through a video posted by Andre Saraffe, a group chat of approximately 19 people is calling for a “gun squad” against any potential rioters and looters at the three-day peaceful protest.

After the CPD began investigating on Thursday, Saraffe claimed he would not be attending the protests.

CPD is currently investigating reports of multiple social media posts showing Saraffe’s threat against rioters and looters and suggesting he is associated with the San Diego gang, the Steezy Boys.

“The safety and security of the community should be everyone’s concern,” CPD Public Information Officer Jodee Reyes said. “We are aware of the video and messages, and we are actively investigating. While we cannot share information about an ongoing investigation, steps are being taken to ensure that  the community is safe and secure.”

Aiming to alleviate the threat, senior and protester Larkin Gallup reached out to Saraffe directly and was added to their group chat.

“I think other people in the group chat are going [to the protest], but I think they’re just going so they can ‘keep the peace,’ and I don’t think they’re bringing guns,” Gallup said. “They said, ‘We have to be the change. We need to stop the violence in our city.’ They’re like, let’s go kill the domestic terrorists, let’s go kill antifa, and it’s just all talk.”

Contrary to Saraffe’s public claims, Gallup was told the group isn’t trying to attack the protesters and only wants to prevent riots.

While CPD has not yet declared the video as a threat, the message continues to weaken the plan for protesting, especially because many young people plan to attend the protests.

“I was planning on going to these protests, and it was starting to really freak me out,” Gallup said. “I was genuinely scared. We want people to have their first amendment rights, [but] what he’s saying is scaring people from protesting.”