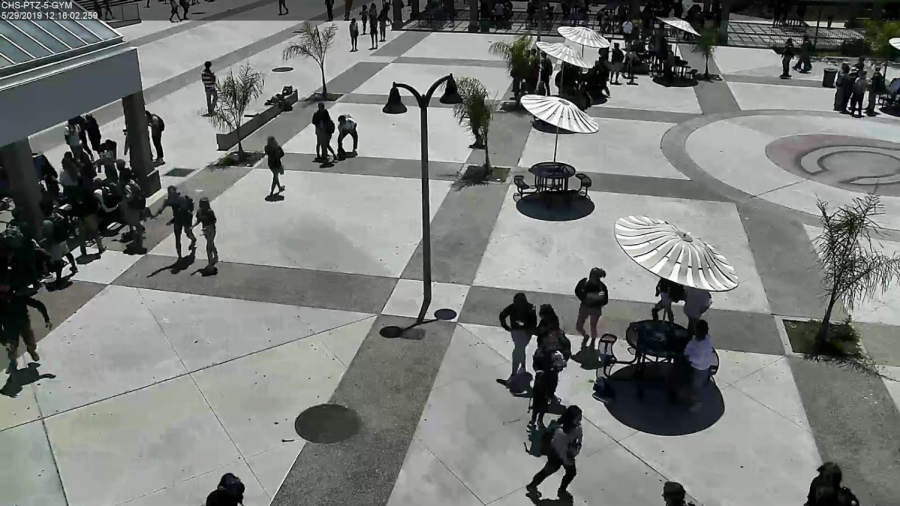 Students are instructed to go to class due to secure campus emergency response.

Administration initiated secure campus as a precautionary response to an incident near the school on Wednesday, May 29 during lunch.

Carlsbad Police Department notified the school of a driver’s suspicious behavior and road rage toward another driver. At approximately 12:15, assistant principal Joe Liebentritt announced that students must go to their period six class immediately due to a “situation.” After CPD detained the driver, the nine-minute long lockdown ended.

“We received a call about a driver behaving suspiciously toward another driver who was following,” Public Information Officer Jodee Reyes said in a Nextdoor post. “They were in the general area of the high school and continued to move.  Out of an abundance of caution, we alerted the school. [It] was always secure. The incident did not enter the school.”

The police told the administration there was a “situation” close to the school, but did not provide details of the incident, Liebentritt said. After secure campus ended, Liebentritt announced that the school did not face a direct threat.

“They felt that we needed to go on secure campus,” Liebentritt said. “Then they called back, and they said the suspect is in custody. If we say we’re on secure campus, then as that’s going through the police radios, countywide they know exactly where we were at and what we were doing.”

According to security footage, it took approximately three minutes for all students to get inside their classrooms. Because the emergency happened during lunch, ensuring that all students were safe was more of a challenge.

“It was a 15 minute block of the day that we probably hadn’t thought through,” Liebentritt said. “So, what do we do when we go to secure campus at 12:15 and everybody’s at lunch coming back? So we quickly assessed the situation and went through the protocol.”

Following a form of “run, hide, fight” protocol, faculty, including Liebentritt and campus supervisors, told students who were just getting out of their cars to stay off campus and drive home.

“It was confusing not knowing what was going on during the lockdown,” junior Tanya Edquist said, after coming back from off campus lunch. “One of the school security guards told us to not go on campus and to go home. It was scary not knowing exactly what was happening, but most people knew to stay calm.”

Students politely followed directions while the staff helped to clear the campus and get students into classrooms. One such helper was journalism adviser Danielle Ryan, who went around campus to help students hurry to their 6th period classes.

“It’s the state of our lives today that you immediately think that something bad has happened when any announcements come out like that,” Ryan said. “I think the administration did a really good job handling it. It was calm on administration’s position, and I think that because of the society we live in today that it’s hard for students not to get nervous. I would just encourage students not to assume things or spread rumors until they have the accurate information because that’s what causes hysteria.”

CPD continues to investigate the driver’s activity before disclosing more details. Both CPD and the school have thanked people involved for their cooperation.