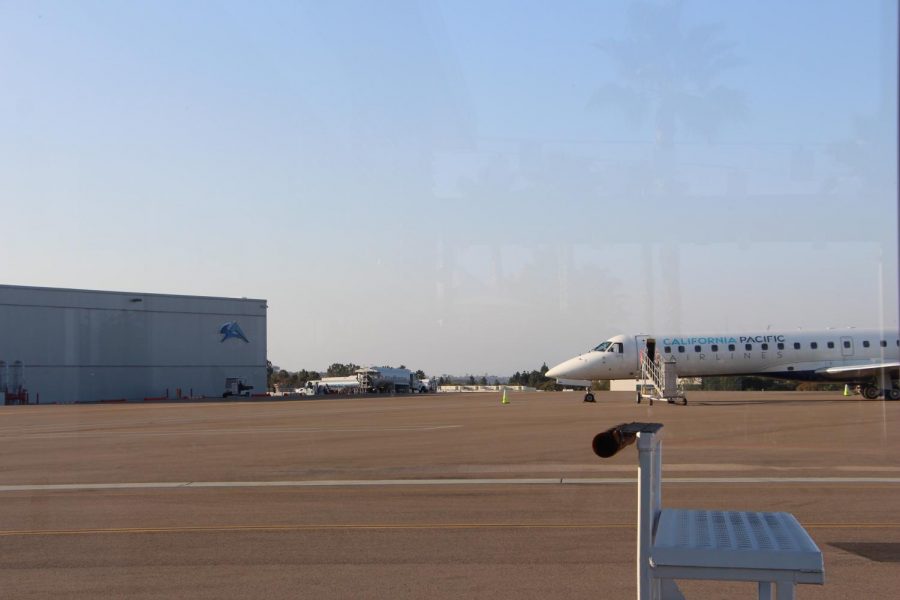 Palomar airport as they prepare an airplane for flight. They are going to become a bigger airport so more planes can fly in and out.

Recently the county supervisors in Carlsbad approved the Carlsbad Airport runway extension. This extension will add 800 feet to the runway and now the airport will be able to accommodate larger airplanes. This new expansion will provide more jobs and bring in more revenue for the city.

Most people have different opinions on the matter. Some think that it will cause traffic and noise but others see it as a good opportunity to bring revenue to the city.

“For me as a pilot, it just offers more opportunity to stay at home because right now there is really only one commercial service and they don’t fly very often, in fact, they really haven’t flown much at all almost in the last year so if they actually open up more commercial routes then that means that I wouldn’t have to commute as a pilot so I wouldn’t have to go to San Diego or LAX,” pilot Sven Davidson said.

Since Davidson is a homeowner and a pilot this expansion can affect him in a positive way and a negative way. Also, some may not know but the airport is not actually expanding the county is just expanding the runway but they are staying inside the boundaries.

“Well first of all the airport boundaries are not actually expanding so I think that’s important for people to understand,” Council member Michael Schumacher said. “That all the work being proposed by the county which is the owner and operator of the airport is all happening in the boundaries in the current airport and so its not actually expanding in size its boundaries are staying the same and what’s being proposed is a variety of long-term planning strategies for the airport itself part of which includes lengthening the length of the runway and also putting in safety measures at each end of the runway in case an airplane was to run past the end of the runway.”

“We still don’t really know that they want to do with that airport and that’s a problem and the other piece of it is we feel very strongly that if the definition of expansion has to do with changing the business mix at the airport CUP 172 and the ordinances dictate that the citizens of Carlsbad should get a vote on that, we haven’t had a vote,” Citizens of a Friendly Airport member Hope Nelson said.

Nelson believes that since we do not know much about what is actually going to happen to the airport it will be hard to tell if this new expansion will be beneficial for the Carlsbad community. Also, she believes that the citizens of Carlsbad should get a vote on whether or not that the airport should be expanded.

In the long run, building this airport will prove to be beneficial for Carlsbad but right now the drawbacks might outweigh the benefits.

“I think it is just economics, bringing in more money, more people working in the aviation industry, the more money there is for Carlsbad, the more taxes that can be pulled out,” Davidson said.