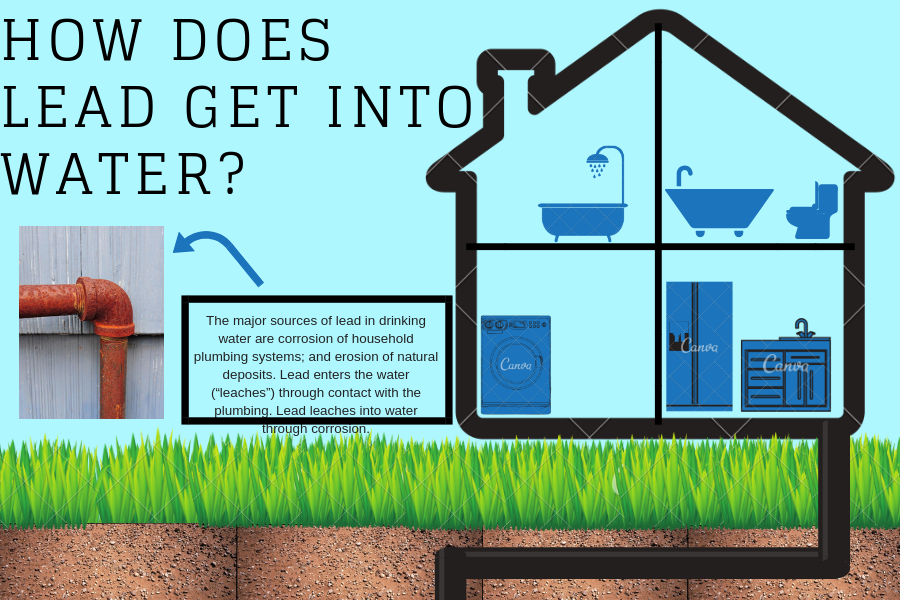 In September, many California schools have been taking out drinking fountains and locker room showers because of considerable amounts of lead found in the water. Schools everywhere have been doing the same to keep their students safe.

“So as best as I can tell you would find lead in public drinking fountains or school drinking fountains because old pipes have corroded and I believe the old lead pipes are the cause for lead in water,” superintendent Dr. Benjamin Churchill said.

Many school districts in California have been adopting new lead limits that are even stricter than the one just established by Governor Jerry Brown. This new state law requires schools in California to have there water tested for toxic metal.

“Lead leaches into water through contact with piping, solder, fixtures and fittings,” director of maintenance Erick Kroenke said. “The amount of lead in water also depends on the types and amounts of minerals in the water, how long the water stays in the pipes, the amount of wear in the pipes, and the water’s acidity and its temperature.”

“Carlsbad Unified School District (CUSD) has tested drinking water for lead,” Kroenke said. “The test analysis indicates lead has not been detected or is below the EPA action level for all samples taken.”

Ingesting trace amounts of lead can stunt a child’s brain development and put them at risk for a learning disability according to Centers for Disease Control and Prevention.

“There’s really no safe level of lead in water,” Churchill said. “I know that lead can affect anyone and pretty much any organ in the body.”

Due to the new law passed in California, schools are supposed to be testing their water for lead. In Carlsbad, however, there was not any lead found or enough lead that they need to take action. Churchill believes that keeping students safe is the number one priority.

“I think there has been a lot of attention on lead in water in schools and that’s positive,” Churchill said. “We should always be making sure that we are keeping kids safe with the information we have.”