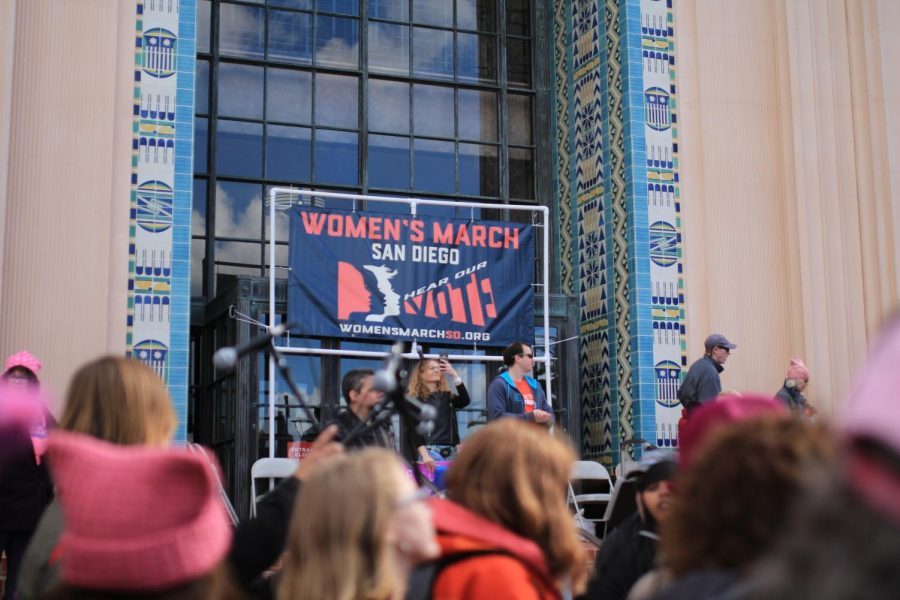 People gather at the Waterfront Park in downtown San Diego for the anniversary Women's March, Saturday, Jan. 20. Around 37,000 people gathered to march in San Diego.

The Women’s March in downtown San Diego was one of many throughout the country on Saturday, Jan. 20. The 2018 march began at the Waterfront Park and was almost double the size of last year’s march with around 37,000 people in attendance. Students from both Carlsbad Unified high schools were impacted by the event.