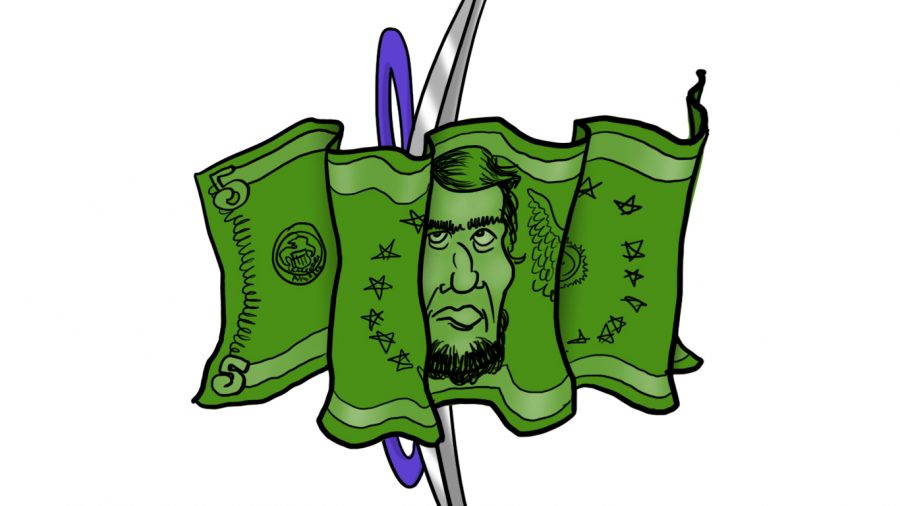 He didn't see it coming.

April 20, 2016 marks a day of great change for America. The U.S. Treasury Secretary Jack Lew announced that President Andrew Jackson will move to the back of the $20 bill to make way for Harriet Tubman to be on the front. Tubman will be the first African-American woman ever to be on U.S. currency.

“I am elated,” English teacher Mrs. Padilla said. “I feel like I’m living history. This is an awesome moment for people of color. I feel the same way now as I did when President Barack Obama was elected as President.”

Although there was a lot of debate surrounding the topic, this change has a huge positive impact for both feminism and the representation of African-Americans.

“I was really excited,” feminist club vice-president Emily Yerton said. “I’m a little distant to change but I think this is definitely one for the better. It’s knocking out two birds with one stone by representing both African-Americans and women. It’s such an honor for Tubman and it will make a lot of people happy.”

Harriet Tubman represented hope for African-Americans during the American Civil War. Born into slavery, she used her experiences to fuel her hopes for a better, anti-slavery future. She was a strong leader for equal treatment for people of color and women.

“It’s a wonderful moment in history for us,” Padilla said. “To actually record something positive about African-Americans in this country besides all of the stereotypes and propaganda you hear makes for a wonderful moment. We still have to be brave and strong to survive because if we don’t, everything she did is all for nothing.”

This change in society helps people unite for one thing: Equality. People are thrilled to see this change in America, and hope there are more changes like this in the future.

“Everyone is really excited about it,” Yerton said. “Harriet Tubman is a name everyone recognizes with her efforts with the Underground Railroad. When we heard about her being on the back of the twenty dollar bill it was a very huge accomplishment for women.”

This step in history will help create more positive changes in the future to improve our society, and help us grow as one.

“I think American society right now is ready,” Padilla said. “We are ready for not just people of color, but also women to finally get recognition in this country.”