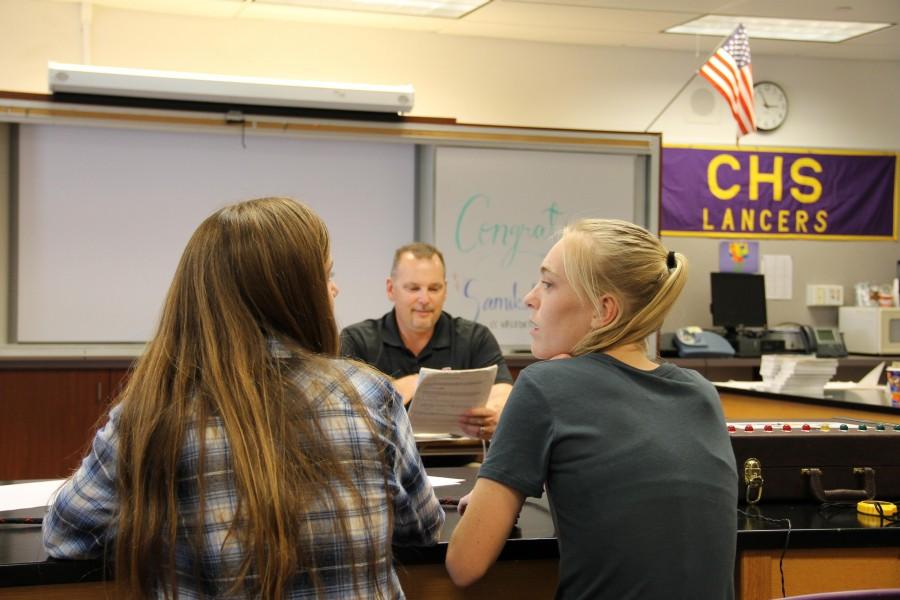 This year, Carlsbad’s Varsity Academic League, made up of entirely senior girls, has conquered every match. Even though there are only three returning members, the team still managed to go undefeated in their league and qualify for the finals in April.

Academic League is a unique club, and their distinct qualities help to set them apart from other teams in San Diego. Their coach, English and AVID teacher Mr. Spanier, pushes them to their greatest potential and encourages them during studying sessions.

“Something that is very interesting is that the varsity team is made up of 12 girls,” senior Erica Weng said. “Mr. Spanier is such an awesome coach because he is super into it and really prepares us well. He even gave us the nickname the ‘Amazonian Warrior Princesses’ which I think is pretty funny.”

The all-girls team has had a consistent season, and even remained calm even when the stakes were high. The third to last match against LCC proved to be a highlight due to the high intensity. Every single point counted all the way up to the end they were finally able to pull through by a small margin.

“We were neck and neck, and within the the last 30 seconds the toss up question was along the lines of ‘name the the dystopian novel with a firefighter,'” senior Ashley Lang said. “I was the first one to buzz in and the answer was Fahrenheit 451. We then received three points which put us in the lead. We also got our bonus question and that was worth another five points and we won.”

Even when the team was filled with nerves, they stayed confident and continued their winning streak.

“I am pretty surprised we have gone undefeated, despite the fact that this year we basically have an all new varsity team,” Weng said. “Also our team is all girls, and most other teams are mostly guys. We are planning to study really hard up until finals, instead of just cruising and letting it flow, we are actually going to put in the work.”

Out of the all the schools participating, Carlsbad’s Academic League was one of the ones fortunate enough to qualify for the championship on April, 12 at Torrey Pines High School. The bracket system will start Carlsbad matched again Classical Academy, and then, depending on who wins, they may continue on to compete against other teams.

“The top two teams in every league get to go to the championship, and so if we win finals we would be first in our league of 16 in San Diego,” Weng said. “We are increasing our practices, so we are having practices every even lunch and every Wednesday after school. We usually only have practice three times a week. We are also setting up a study plan, in order to organize who does what, so we can divide and conquer. Some people will do literature, while others who are better at math and science will do that. This way we can rack up more points for the team.”

The Academic League continues to train in order to efficiently study all of the information needed to rise above the other schools. They have high hopes their hard work will pay off so that they can set a new standards for future teams.

“If we won the league championship that would be something that has never been done in the history of Academic League,” Weng said. “There have only been three teams that have ever won and those were the high-profile schools like Torrey Pines, Rancho Bernardo, and CCA. So if we won, we would be making history for Carlsbad’s Academic League.”