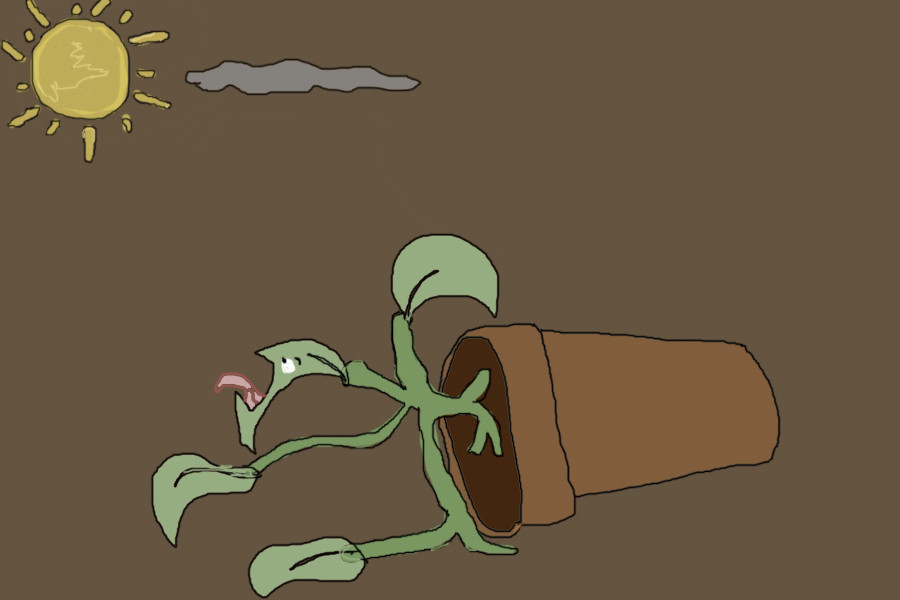 This winter, San Diegans are going to be experiencing the weather phenomenon known as El Niño. This increase in colder weather, but warmer water, can be explained by the trade winds that subside across the equator allowing the warmer western pacific waters to come back across the equator and push up against the north south American continent creating a large pool of water. For students of this generation, this is the first time they are going to be able to witness this weather change.

“El Niño is derived from Peru,” CBS news 8 meteorologist Shawn Styles said. “They used to get a current that would change the fishing in the area, and since this would come around Christmas time, the locals called it El Niño. This is because it is like the baby, or Christ child. However in the late ’70s or early ’80s, scientists started to notice this and correlated that with heavy rain fall. So its only been in the past 30 or 40 years that we have really noticed this effect. However if you look back in records, El Niño has been around for a long time we just never knew about it.”

On average, San Diego will acquire 10.5 inches of rain annually. People often assume that we will have more rain with El Niño, but experts say these facts are still to be determined.

“El Niño doesn’t guarantee that you will get more rain, it only makes the probability that you will get more rain is higher,” Styles said. “To estimate how much rain we will get this El Niño would be sheer speculation and a total guess. However since this is a moderate to strong El Niño, experts predict 18-20 inches of rain. So approximately 60 to 70 percent more, but this is only is it’s an incredible, record breaking El Niño.”

“This whole year whenever I would go surfing, I noticed the water temperatures were a lot higher,” junior Cayla Mayer said. “However now that it is winter, the water is a little colder. But, it’s nowhere near as cold as the previous winters have been” Mayer said.

Some speculators assume the moderate to strong El Niño is going to solve all of the drought problems in California, but the drought is a bigger problem than just one winter of rain.

“If the El Niño [turns out] like we expect it to, it will help the drought but it will not turn the drought around,” Styles said. “The key to solving the drought is obviously conservation. But in addition to that, the water storage and reservoir systems that we have in place are also important. Also, snowpack is something people often don’t think of, but it is vital when solving the drought. Since this past winter was warmer, the rain and and snowfall we did receive only fell at the higher elevation and not the lower elevation it would normally fall to. So this winter, to fix the drought, we would need to get storms that produce snow levels much lower, and that our snowpack lasts longer. The snowpacks are just sitting there frozen waiting to melt. If they use the water in the reservoir the water starts running low, but there is a bunch of frozen snow in the sierra nevada and so now that’s melting and going down in streams, and the water authorities redistribute that frozen water to other reservoirs and replenish them. And on top of that they also need to fill the aquifers that people have been using in order to get their water source.”

This winter is confusing for many of the people who are experiencing it for the first time, especially because in San Diego locals are used to warmer weather in general.

“This winter already is a lot different than usual because we have had many random showers and high humidity we aren’t used to,” Mayer said. “However, at the same time the water temperatures are higher, so I never know what to expect.”

Along with El Niño, there is another weather mystery that has experts scrambling for answers.

“So last winter we didn’t have very cold weather because in the Gulf of Alaska, where the storms originate, there is an area of water called the Blob,” Styles said. “This is a huge pool of ultra warm water, which is effecting us right now. That area in combination with El Niño is throwing a total curveball to all the experts studying this, because we have never had a separate area of ultra warm water in conjunction with El Niño.