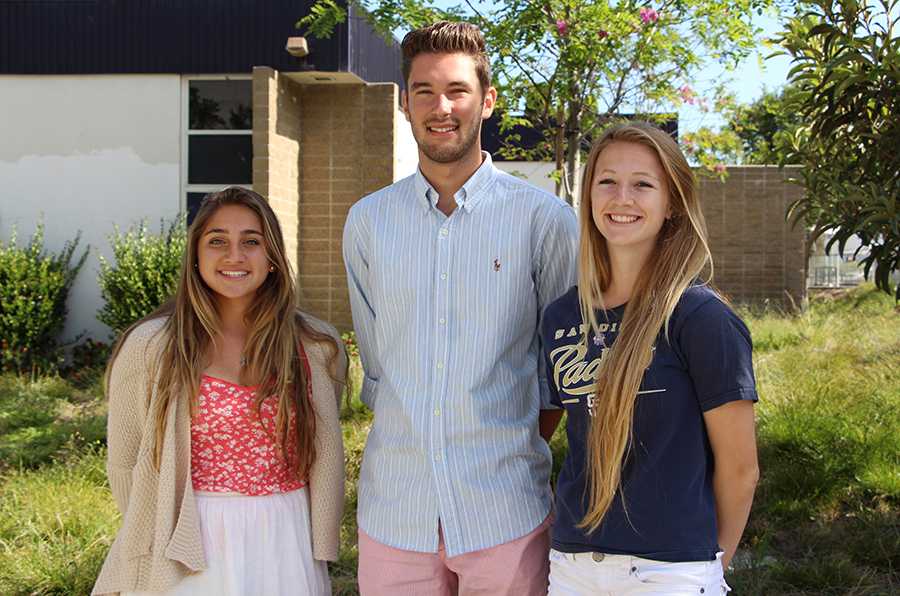 Six chosen Lancers are prepared to represent the student body and put tons of pep into everyone’s day.

Current freshmen selected Alexis Mertz and Walker Nasser as their sophomore representatives; Kyra Badiner and Collin Riccitelli will represent the junior class and Anthony DeRose and Theo Vance won for the senior class. These six will raise class spirit, while, of course, making 2014-15 a fun year for us all.

“I want to get a lot more sophomores involved next school year,” freshman Walker Nasser said. “I want to create activities that sophomores actually want to do. This year, I haven’t been involved as much as I wanted to be, so next year, I really want to get more involved with the events that we set up.”

As for the upperclassmen, being president hands them the power to greatly impact the campus–and that is exactly what Kyra Badiner plans to do.

“There has been a lot of talk about an opened or closed campus next year,” Badiner said. “I’m going to be there to make sure it is an open campus. Also, I feel like there hasn’t been any spirit for the upperclassmen, and I really want to change that next year. As a junior next year, I have more of an opportunity to give my input to ASB and I have some great ideas that I want to share.”

Presidents cannot be successful by themselves, which is why vice presidents will be their right-hand men.

“Alexis is a great president to work with,” Nasser said. “I worked with her this year, and she seems to know what she wants and gets the job done and I know next year will be great.”

Although these representatives plan to change CHS, there are certain traditions that they would like to keep.

“During freshmen year, we won the float contest,” Badiner said. “And next year, I want to bring that tradition back for the junior class.”

Old traditions, new traditions, either way these six out of 3500 students hold bright plans and are grateful to be able to to put some spirit into next year.

“I am really thankful for all of the votes not only this year but for last year too,” Badiner said. “I’m ready to make next year great for not only the junior class but for the whole school.”