Carlsbad races to the finish line 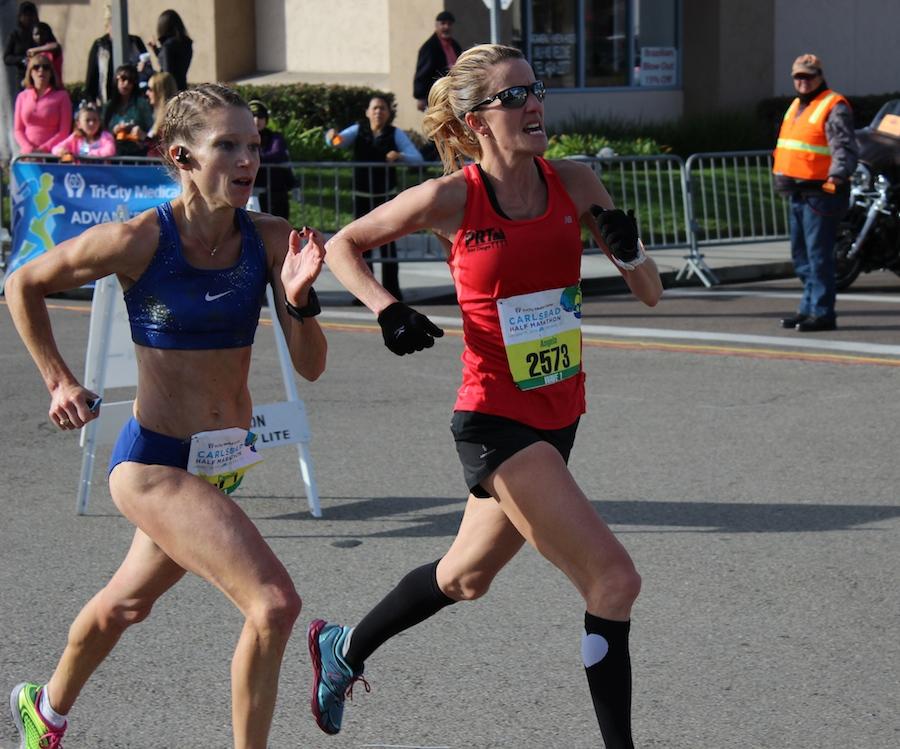 Two women give their final push to the finish line. With such determination shown on their faces, runners like these demonstrated the importance of leading a healthy lifestyle.

Marathons are one of the oldest traditions still practiced in the modern world. Their significance? To honor the Greek messenger Pheidippides who ran 26 miles from the battlefield of Marathon to Athens to announce their victory against the Persians. Overcome with exhaustion, he suddenly perished. Since then, annual marathons were held as an homage to the fallen messenger.

On Jan. 19, Carlsbad hosted this worldwide spectacle, its streets filled with an astonishing 10,000 participants, including athletes, families and children alike. The Carlsbad Marathon was successful, due to the superb weather conditions, coastal course and organized support stations.

“I run the half marathon every year, and it’s one of the most exciting things to do in Carlsbad,” junior Shawn Specht said. “It makes me really happy watching so many people run all together and sharing the athletic spirit.”

Even though marathons are not for everyone, people still end up enjoying themselves. The energetic atmosphere of the support stations never fails to entertain, and the high-spirited runners manage to motivate everyone.

“It takes a lot of practice to run the entire marathon, and it’s really not as easy as it seems,” Specht said. “You need to have a strong durability, or else you are not going to make it through the entire race.”

The Carlsbad Marathon began at the Westfield mall, ranged up to Batiquitos Lagoon and back, with the top running time being two hours and 18 minutes. For those who missed the Carlsbad Marathon and are interested in participating in one, make a note of the San Dieguito Half Marathon on Feb. 9.

“My advice to anyone who wants to run even the half marathon is to take it as slowly as possible in the start and always try to breathe from your nose,” junior Mary Karnazes said. “I would encourage people to participate in the marathon, but it really isn’t for everyone.”