What to know about COVID-19 legislation 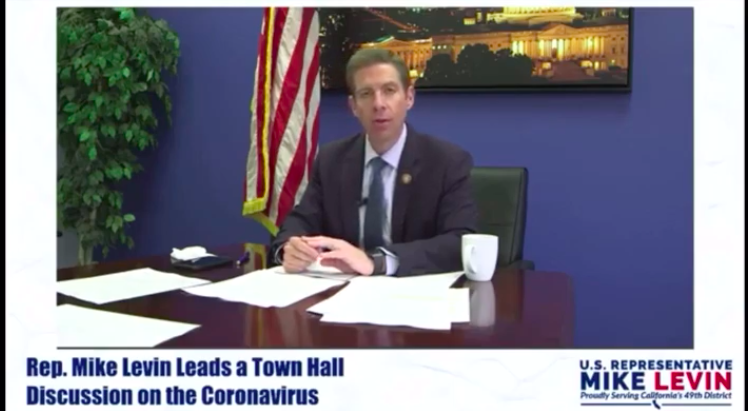 The Families First Coronavirus Response Act encompasses various forms of relief- namely free virus testing for those without insurance, unemployment benefits, food aid and paid sick leave. As the second virus relief package signed into law, the act will cost approximately $100 billion, a substantial increase in the amount of funding that has been put toward the pandemic so far. The federal government is now working at a faster pace; the House voted 363-40 to pass this bill and within one week it was signed into law. This progress serves as a sign that Democrats and Republicans are fostering a bipartisan response to the novel coronavirus.

“I’m determined to work on a bipartisan basis,” Senate Commerce Committee Chairman Roger Wicker (R-MS.) said. “I think we’re going to be able to work as we have on so many other issues as Americans, not as Republicans and Democrats, as teammates rising to the occasion and answering this crisis as Americans have done so many times in the past.”

While bipartisan support is key, some compromises were made to lessen the magnitude of this legislation. The Families First Coronavirus Response Act requires some employers to provide paid sick leave for up to 10 days and reimburses employers for the costs. Yet guaranteed paid sick leave only applies to approximately 20 percent of American workers in the private sector. The law excuses companies with 500 or more workers, accounting for 54 percent of all workers, and it also allows companies with less than 50 employees to be excused as well, which is 26 percent of all workers.

“[The act] expands paid sick leave to as many as 87 million US workers,”  Rep. Mike Levin said. “That’s according to the analysis by the Ed and Labor Committee. Many who have no paid leave … Compromise was made to get that bill passed through the House with our colleagues on the Republican side in the House. And it did exempt employers of larger than 500 [workers]. We’re going to need to come back to the drawing board, and we’re going to need to do more to help all employees … regardless of the number of people that are in the company. However, 87 million is estimated that will be covered under The Families First Act, and it’s so critically important this gets signed into law by the President.”

On March 6, President Trump signed “phase one” into law: The Coronavirus Preparedness and Response Supplemental Appropriations Act, which allocated $8.3 billion in emergency funding for vaccine developments, protective equipment for healthcare workers, virus testing and loan subsidies for small businesses. This legislation directed $6.7 billion of its total funding for domestic responses and $1.6 billion for international responses, which supports global healthcare efforts and humanitarian assistance.

“I’m just happy something finally happened,” sophomore Josie Dominguez said. “I think it will offer some relief, but it’s a little late.”

Now, multiple proposals are being modified to form “phase three” of the federal government’s response. This third bill could include another wide range of plans, including direct payments to taxpayers as well as other methods of stimulating the economy at this time.

“It’s better to take action than to wait around before it’s too late,” senior Polina Past said. “It should have happened earlier.”