A deeper look into the Santee Drive In Theater 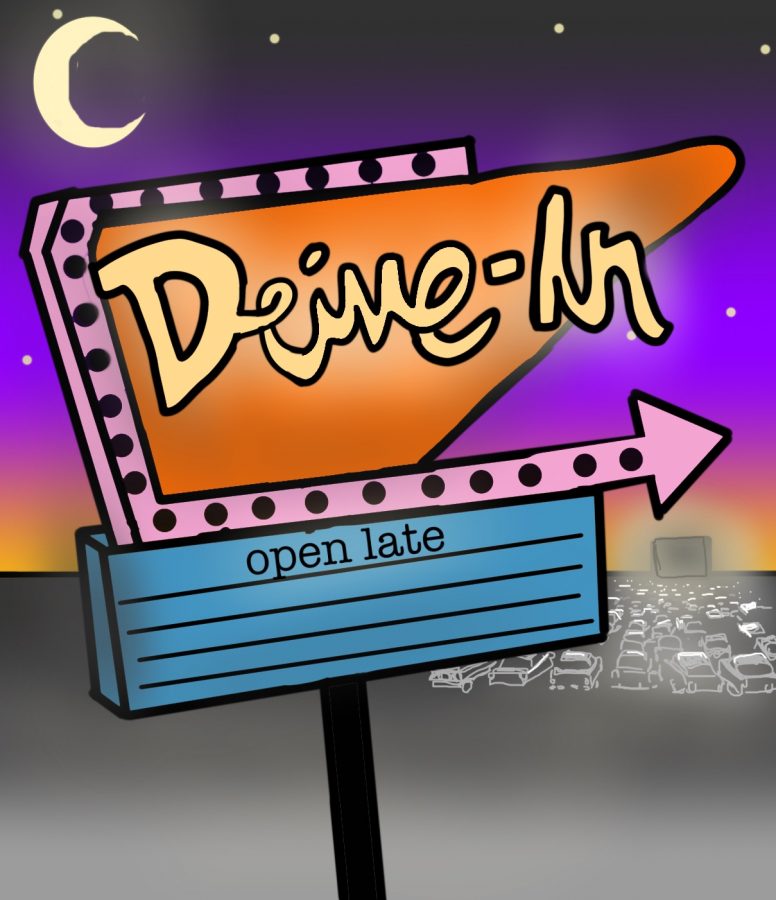 The Santee drive in movie theater is only one of two in San Diego County. Children, teens and adults alike gather to experience this "throwback" movie watching style.

In the 1930s, the first drive in movie theater was created. After this, going to the “drive in” became a hit sensation. In the 1960s, the popularity surrounding the activity began to drop gradually. Drive ins have faced the era of Cinepolis and deluxe movie going, but has managed to live on in San Diego County.

The Santee drive-in first opened in 1958 (the peak of drive in popularity) as a single screen drive in. While the drive in is far, it is a popular attraction for students. About 50 minutes away, the drive-in can be found at 10990 N Woodside Ave Santee, CA 92071.

“The atmosphere is really welcoming and you are able to meet others in a new environment,” junior Aaron Harris said. “The area is far from Carlsbad and in a remote area but it would be perfect for a day trip out to Santee.”

The drive in process is quite different from a normal movie theater. After movie goers arrive, the driver checks in at the ticket booth. From there, tickets can be purchased for nine dollars rather than the 15 dollars at local indoor theaters. The staff directs cars towards the correct screen and states the correct FM radio station is. Parking is allowed anywhere and the theater is open seven nights a week.

“The workers are very friendly and the theater itself is very clean,” junior Lauren Montano said. “People walk around during the movie so you are able to meet others. You are able to talk without feeling obligated to stay quiet.”

The drive is very versatile and hopes look high for the potential of the theater. As the Santee drive in has become popular, the business hopes to continue expanding. In order to attract more customers, the movie plays up to date films that can be seen in a normal theater. Because viewers can stay in the comfort of their own car, it is widely liked concept.

“The environment is really cool and the surround sound from the cars is an added touch,” Harris said. “You are able to make life lasting memories with friends.”