Seth Rogen vs. Kim Jong-Un: the battle over ‘The Interview’ 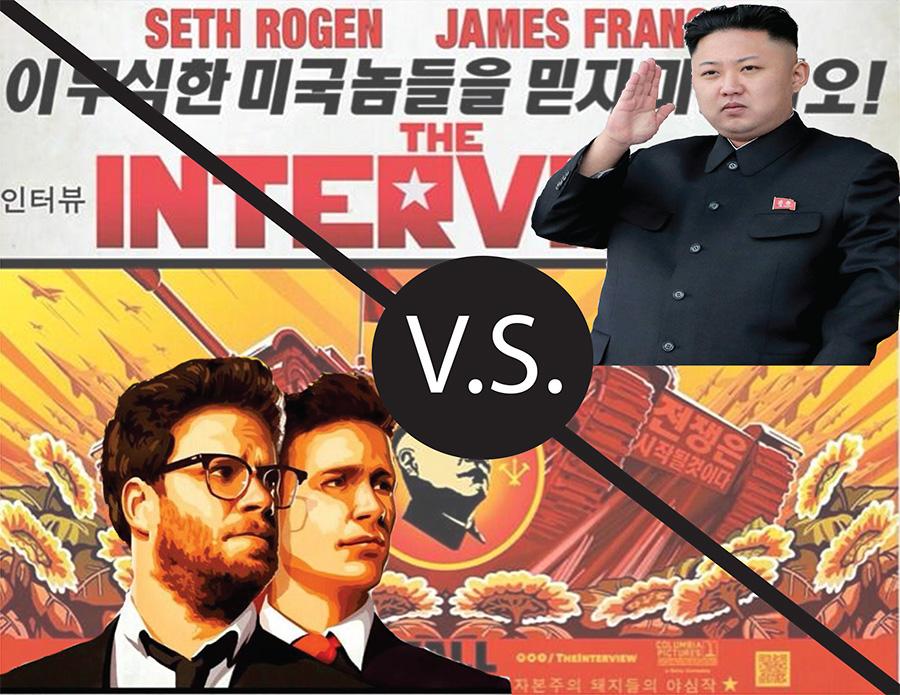 It’s not everyday that a country threatens America over a comedy movie. Seth Rogen’s new film, “The Interview” starring himself and James Franco, has caused some controversy with North Korea, and more specifically, communist leader Kim Jong-Un.

The movie’s plot revolves around a tabloid show that interviews celebrities. The hosts of the show receive quite the surprise when they receive a call from a distant fan, Kim Jong-Un. The CIA gets wind of the news, so they plan to train the hosts, played by Rogen and Franco, to assassinate the North Korean leader.

Five months ago, some information about the movie’s plot was leaked. Part of this leak was a scene where Jong-Un’s face was to be melted off thus killing him, and that is when North Korea threatened that if the movie is released in the States, North Korea will start nuclear war.

Now this isn’t the first time a North Korean leader has been killed in a major Hollywood picture. In 2004, “Team America: World Police,” then leader Kim Jong-Il was killed, without too much conflict. Following the threat, Rogen and the rest of the crew went back, to re-shoot some of the more “questionable” scenes. Even after editing and changing multiple scenes, the threat is still imminent.

While the film is dealing with heavy and serious surroundings, the film is still a comedy, and is being taken as so by Rogen:

“The Interview” is being produced at Colombia Pictures, a Sony company, which recently has been hacked. These hackers have leaked major studio news and plans regarding the new James Bond film “Spectre,”  the studios plans with the “Amazing Spider-Man” franchise, as well as a multitude of private emails and other miscellaneous information.

North Korea was one of the first suspects in the hacking and stealing of Sony property. They denied it, but called it a “righteous deed.” Some feel like it already is an act of war, others not so much. Deadline Hollywood has a daily updated timeline of the events here.

While Sony tries to clean up the leaking mess that the company is suffering, Rogen and Franco still look to have “The Interview” in theaters on Christmas day, hopefully without conflict.

UPDATE: A week before the film was to be released, the “Sony Hackers,” later to be found it was North Korea, threatened a “September 11th, 2001” like terrorist attack to theaters that showed “The Interview,” telling people not to see it or their lives would be in danger.

Sony decided to pull the film from all major theater chains in order to protect the audience members from potentially getting harmed. Days before the film was to be released, it looked like the film wasn’t ever going to be seen.

On Dec. 23, Sony found a distributor to have “The Interview” released on Video on Demand (VOD), and in select theaters that were willing to show the film. The movie was released on Christmas Eve, on various platforms for rent.

Since its release, until Jan. 6, the film has made over $31 million dollars on VOD alone with an additional $5 million in theaters, making it Sony’s number one online film of all time.