Say goodbye to Hannah and hello to the new Miley 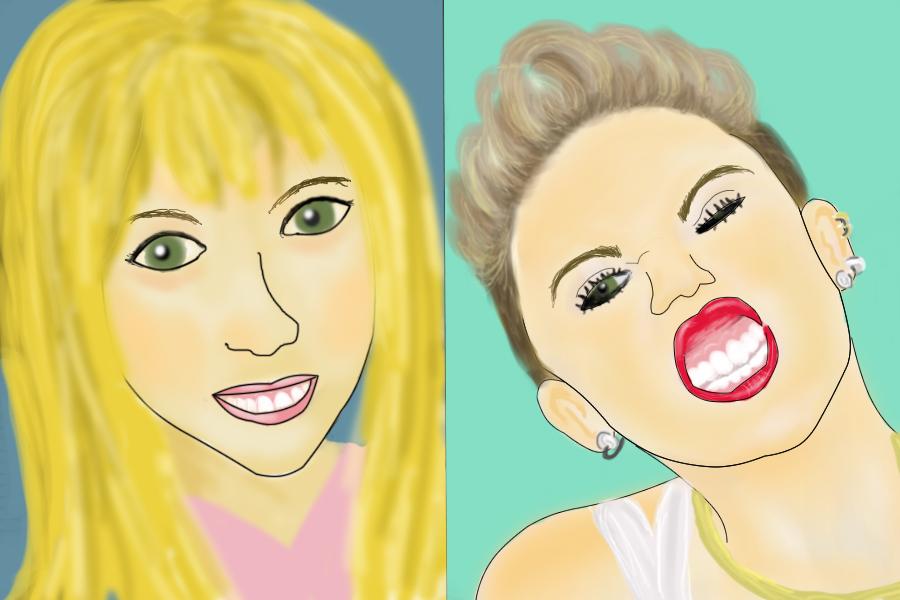 Think back to your fifth grade self: Hannah Montana was the dominating figure on TV, the radio and those CDs your parents got you for Christmas every year. Now flash forward some six or seven years. The Miley Cyrus we idolized now has a new look, new music and what seems like a completely new self.

“I used to be a huge fan of Miley, and I went through a complete Hannah Montana craze,” senior Nicole Nungaray said. “She had such a great show and music when I was that age, but now I don’t care for her too much after her attitude change.”

To a young girl stuck in the trappings of elementary and middle school life, Miley was an icon of how fun and exciting high school life would be. Now that we actually are in high school, we look at Miley’s new “adult” lifestyle and think: is this what lies ahead for our generation?

“I think when she tried to break away from her old image, she completely lost herself,” junior Kayle Nellis said. “She is trying to get a new fan base, but it’s just not working.”

For many, it is Miley’s new appearance and not her music that caused confusion. From her new super-short hair to her suggestive videos and performances, this simply isn’t the same Hannah Montana people are used to seeing on TV.

“I was really shocked when I saw her new image,” senior Lizzy Tribby said. “I thought the only reason she went crazy was because she wanted to get big again, because it was just so random how she all of a sudden went bad.”

With the recent release of her new album “Wrecking Ball,” it is easy to contrast her new lyrics and videos to the good old days of “Best of Both Worlds” and “He Could Be The One.” Remember having a sleepover with your friends and jamming out in your PJs to Hannah Montana songs? Now, people are listening to her new songs in shock.

“When I first heard her new music, it was such a different selection compared to her old songs,” junior Kelsey Arballo said. “It was still entertaining, but just unexpected and crazy to be coming from Miley.”

Twenty one-year-old Miley recently went through a difficult break-up with her ex-fiancé Liam Hemsworth and came from a family of divorced parents. Same as everyone else, Miley is a human being, and this will involve making mistakes and going through some personal changes based on emotional hardships. However, everyone eventually has to be responsible for their own actions.

“Miley really did put herself in this situation,” Arballo said. “Even if she is going through a hard time, she changed by herself, not just depending on the people around her.”