The Americans’- Is the cold war show gaining or losing heat? 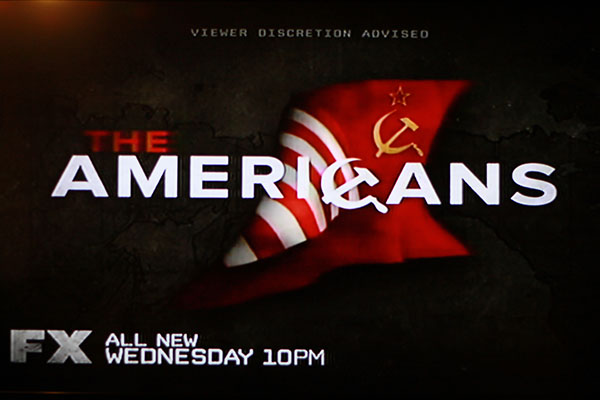 "The Americans" is a new show on FX on Wednesday nights at 10 pm.

Espionage, fear, and lies. The Cold War marked a time of great tensions between the United States and former Soviet Union. FX brings viewers a new dramatization on this event with their new television show, ‘The Americans’.

This show focuses on two KGB agents living undercover as a married couple in the United States. The conflicts the couple has between themselves and those around them are all molded around actual events, such as the Ronald Reagan assassination attempt.

Throughout the show, we see the changes that the characters go through, and the difficult choice between country or family. For those who enjoy history, specifically the Cold War era, will absolutely love ‘The Americans’. However, concerns arise by some viewers if FX will keep this show alive.

“I’m afraid that ‘The Americans’ may be taken off the air. Although it has good episodes, every once and a while there is a boring one,” junior Cheyenne McIntire said. “As we have seen with other good shows like ‘Freaks And Geeks’, it’s possible for a good show to be taken off.”

Those that may be interested in viewing this new series may be skeptical, and whether or not it will be a worthwhile viewing. With any new television show, it is normally hit or miss. However, critics have been ranking it quite high, generally in the low B range.

“I would definitely suggest ‘The Americans’ to new viewers. I just started watching it, and I really like it,” junior Bradley Mills said.

“I thought that the portrayal of the Russian couple was very well done. It was easy to quickly identify with them. It almost lets you look at a perspective you never would have looked at,” junior Tyler Bradley said.

If you haven’t yet watched the show, it is a great choice for those that are interested in seeing a realistic dive into the tensions that took place in the Cold War. The show is on FX every Wednesday at ten p.m.