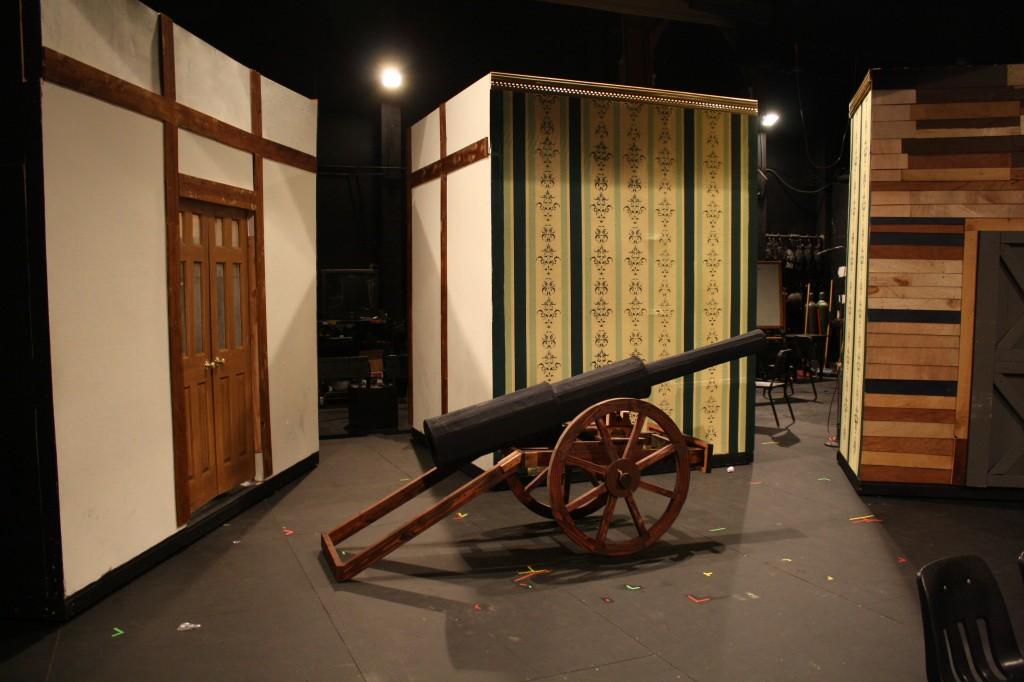 This year’s fall comedy, “Major Barbara,” will be showcasing CHS’s finest actors in an English play from Nov. 17-19 in the CAC.

Written by George Bernard Shaw, the three act play set in London follows Barbara, a salvation army volunteer who struggles finding money to save her cause.

“Everyone speaks in a British accent, all the time,” Senior Rachel Davis said.

The humorous twist involves family issues between Barbara, someone who saves peoples lives, and Barbara’s father, someone who makes bombs that kill people.

The cast list consists of mostly upperclassmen and two freshman. The leads are played by seniors Sheila O’Neill and Jamen Nanthakumar. Both actors have been extremely involved with Carlsbad theater for all four years of high school.

The play will last for roughly two and a half hours. All three showings will begin at 7 pm. Cast members will be selling British food at intermission.

Cast members and the technical theater class slaved away for months beautifying the set. Theater also bought legitimate props such as an antique accordion.

“The set is beautiful,” senior Sheila O’Neill said. “I made the wallpaper!”

All profit made from “Major Barbara” will cover the cost for the show and help prepare for the future spring musical. Tickets will be available at the door for $7.50 a person.