The movie has been awarded for their excellent performance in creating historical moments of World War II come to life. 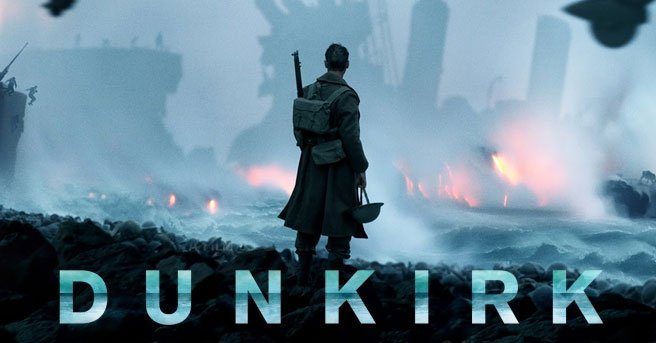 Film industries have started to have the second world war recreated with modern graphics; many iconic scenes have been recreated that include high graphics and sound effects during our century. Dunkirk, which revolves around the Allies full strategic retreat from France, is one of the memorable battle scenes during World War II and is continuing to be talked about today. It has been recreated by Syncopy Inc. with history and modern technology playing a big role in the film’s success. The movie received many awards, such as the Academy Award for Best Film Editing, for recreating a battle scene with dedication from the producers.

The movie centers around the historic event taking place at Dunkirk, where Allied troops have been forced to retreat after aggressive actions from German forces. Since Germany began utilizing air strikes and tanks for their invasion toward the French front lines, Tommy, a British soldier assisting French troops, struggles to find a way for getting out of France.

The movie demonstrates the struggles of Allied troops attempting to escape from France in this desperate situation. It portrays the difficulties from an aspect of one soldier to show the war is a terrible terror.

Dunkirk is a film that was  recreated to center around a well-known battle during World War II, and was directed with dedication and passion to successfully replay the event. Even though it had various scenes with similar intention from their producers, the movie portrays how the Allies coordinated one of the successful operation to pull their troop out of France and minimize their casualties. The actors did a good job by displaying struggles of war and the viewers could easily pick up on their emotion. The movie received a 92% on Rotten Tomatoes  for their brilliant job on re-creating a memorable historical scene. It has excellent sound effects to keep the audience hooked on the film and very pleasing visuals. It is a film where everyone can actually enjoy the thrill of a historical moment.

The movie has been awarded for their excellent performance in creating historical moments of World War II come to life. Even though it portrays the struggles from an aspect of warfare, the film has excellent imagery to portray the reality of warfare during the early 1940s and incorporates drama to keep viewers interested. If you want to watch a film, which incorporates drama and action in a historical time, Dunkirk is the best movie for you to sit back and enjoy.