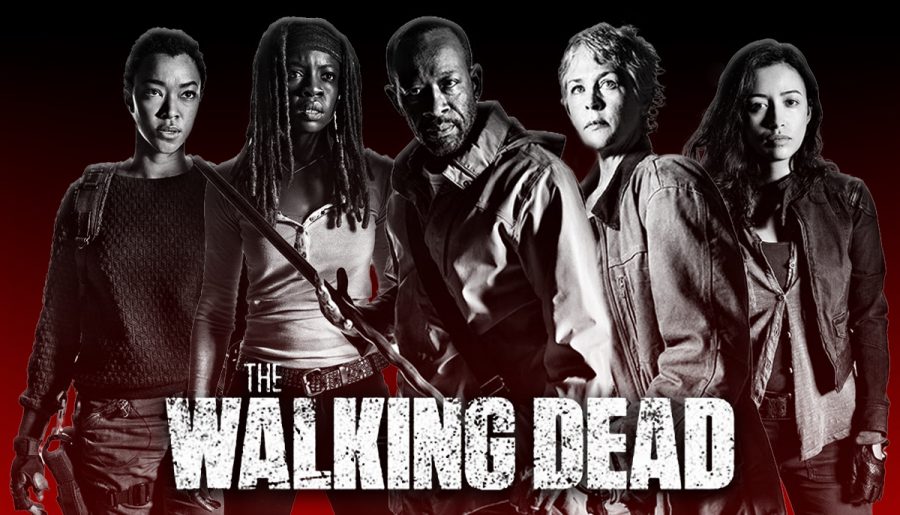 In the recent years, Zombie apocalypse shows and movies have gained attention. While it has always been a crowd favorite plot, the present technology has made it all the more enjoyable. One of the most notable examples of this plot is AMC’s “The Walking Dead”, which has run from 2010 to present time. As this show combines the zombie apocalypse with new tribes and villains, it progresses to be one of the one more well-known shows in the AMC industry. Season eight resumes with the most popular final episode from the last season, where both tribes are currently at war over domination. It has drama and action to keep the audience entertained, as well as the incorporation of believable special effects.

Rick Grimes (Andrew Lincoln) is the main character who plays the most active role throughout this show. Grimes is the main role of leadership in his tribe and makes decisions that can either favor or disfavor his odds later in the season. Furthermore, he leads the Alexander’s tribe against the Saviors. Negan (Jeffrey Morgan)  plays the villain and battles Rick’s tribe, where he received a surprise assault in the final episode of season seven. Ezekiel (Khary Payton) , the leader of the kingdom tribe, sent reinforcement to Alexander’s tribe which forced Savior’s tribe and Negan’s tribe, into a full retreat in the last season. Season seven has all of the tribes divided into two factions during this conflict for liberty or slavery of the savior. It incorporates a lot of drama and action in a similar style throughout this season. The audience sees that Rick is the person who changes over time do to certain situations.

The writers made the show in a way where it has to be followed from the very beginning to be able to understand the plot. If the viewer watches season eight, they may have a hard time adjusting to  the environment of the show and the storyline.

Many viewers have stated in the past that the show not only incorporates action but also drama and emotion to keep them watching. The storyline of the main characters has been one of the main reasons as to why viewers keep coming back each season. Critics claim that show is cheesy and cliche in the sense that the main character has survived and escaped death so many times, making the plot unrealistic. Despite the criticism, “The Walking Dead” received a 74 percent on Rotten Tomatoes further demonstrating that even after eight years, viewers continue to love the show.

“The Walking Dead” is an excellent show that incorporates believable elements that hook the audience from the first episode they watch. The show is unpredictable and keeps viewers on the edge of their seats. If you are looking for a new show to binge watch and enjoy the zombie theme, this show is definitely for you.