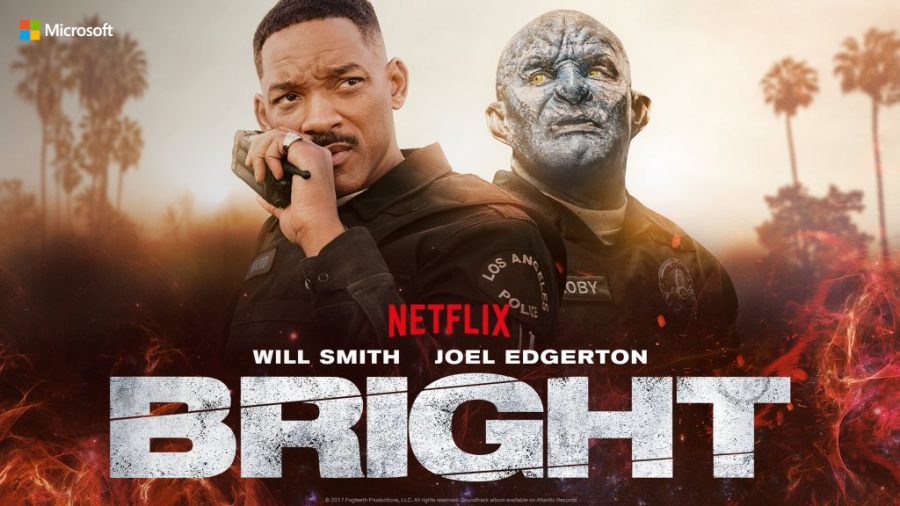 Recently, Netflix has been coming out with many new originals, which have rapidly gained popularity. Bright is one of the first Netflix originals to come out with mystical creatures, and the topic of it has sparked many reactions from the viewers.

In this new Netflix Original, a few mystical creatures have made there way into the cast, one of them being an Orc. In the movie, Orcs are the second most common species behind humans. Along with Orcs, fairies are featured in the movie. Two different types of fairies have made the characters have many opinions of them. One type of fairy is annoying and almost “insect” like, while the other is endangered and meant to be protected. Having mystical creatures has made the cast of the movie differ from many of Netflix’s other originals.

In the movie, the two groups come together to save the world. At the beginning, Nick Jacoby (Joel Edgerton) is an Orc, one of the mystical creatures in the movie who is on the force. Jacoby feels left out in the department due to the fact that no other Orc is even in that type of job. Being the only one on the force who is different makes him feel excluded, and the rest of the force makes it known. Along with everyone in the LAPD, his own partner, Scott Ward (Will Smith) feels he should not be paired with an Orc. His feelings toward Jacoby end up hurting him in the end. As they are on the job, Jacoby is busy getting them both lunch, but during this time, Ward is faced at gunpoint and shot by one of Jacoby’s kind. This ends up causing hatred throughout the entire movie.

Many aspects of the movie have made it something only a small group of the audience has enjoyed. Although Bright got a 27 percent rating on Rotten Tomatoes, a big amount of the audience found it enjoying. Throughout the movie, the acting was very dramatic and kept the audience wanting to watch. Will Smith did a very outstanding  job keeping comedy and seriousness separate when needed. Joel Edgerton also did a great job truly capturing the aspect of being mystical. Being an Orc in the movie, Edgerton made you almost feel sorry for him when he was discriminated from others. He kept you involved in his feelings throughout the movie. At the beginning of the movie, Smith and Edgerton disliked each other, but as the movie continues they did a great job switching emotions throughout the movie to end up liking each other in the end.

You should go watch this movie due to its differentiation from many of Netflix’s movies. It keeps you involved and makes you want to keep watching. Adding mythical creatures made the audience want to watch something different from just a cop drama movie.