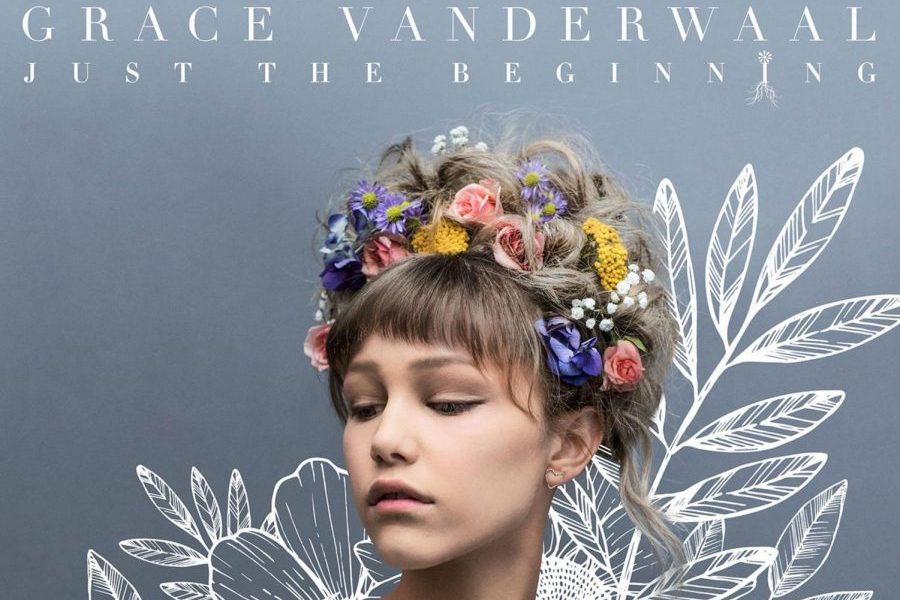 Grace Vanderwaal's new album Just the Beginning. The album was released on November 3, 2017.

The winner of NBC’s top-rated America’s Got Talent, 13 year old Grace Vanderwaal, released her debut album, JUST THE BEGINNING, on Nov. 3, 2017. Vanderwaal made her first musical appearance by stepping onto the AGT stage in 2016. She immediately shocked the audience and judges with her astounding song writing skills and interesting voice, causing her to receive the golden buzzer from Simon Cowell. After her successful journey and win on the show, she kept in the public’s eyes by releasing her first EP, Perfectly Imperfect, through Columbia Records. The five songs within the EP became her go-to songs to sing at events like the 2017 Special Olympics, guest appearances in Japan and several benefit concerts. The innocence and honesty within the lyrics and song titles from Perfectly Imperfect carry over to JUST THE BEGINNING, giving the listeners even more of an inside scoop on what Vanderwaal’s life experiences are like. While most are used to her more airy songs that gained the attention of millions of fans on America’s Got Talent, her album has a diverse set of tones and beats while still keeping her classic and unique sound which ties her album together into a piece of art well beyond her years.

Vanderwaal’s well-known ukulele can be heard within the first few seconds of the first song “Moonlight” which is closely followed by her powerful self-written lyrics.

The 12 songs can be tied into an overall theme of what Vanderwaal experiences on a day to day basis. Due to the fact that she is still a young teen, most of the stories and events that go on in the songs are relatable to younger audiences. As for the older listeners, they are able to be taken back to their youth and relive the certain areas of their life that they may have forgotten or remember virtuous ideas that adults seem to forget. In the song “So Much More Than This”, Vanderwaal reminds audiences to not get caught up in the little things. She hopes that people will stop stressing about things that don’t truly matter such as how your hair looks or if your crush likes you or not. Even though that is Vanderwaal’s take on the song, anyone listening can morph the songs lyrics to fit to themselves, making the album and this song specifically fit for all ages and people.

From the pop feels within “Just a Crush” to the darker and heavier tone with “Burned”, this album has something to please everyone’s music tastes. Due to many listeners enjoying several different music styles and genres, they appreaciated how the album goes from one mood to another. However, “Florets” and “Insane Something” fell short compared to the other masterpieces beside them in the album. In any other setting these songs would seem like great listens, but when comparing them to the uniqueness of the other songs, these two didn’t seem to stand out as much. One song that attracted attention the most was “Moonlight”. Vanderwaal’s debut album has been looming in many listeners minds since the first listen, and according to her placements across the charts around the world, this young musician has completely taken over many playlists.

Before listening, the audience had very high expectations because they have been watching her talent grow immensely since her first performance. However, it is easily said that the album exceeded the listeners expectations. When considering how well-done the lyrics, titles, sound, and overall mood of the songs, it is hard to not give this album a positive review. At the rate she is going, Vanderwaal’s incredible singing and songwriting will continue to shock the world for years and years to come.