“The Revenant” Review: The triumph of 21st century cinema 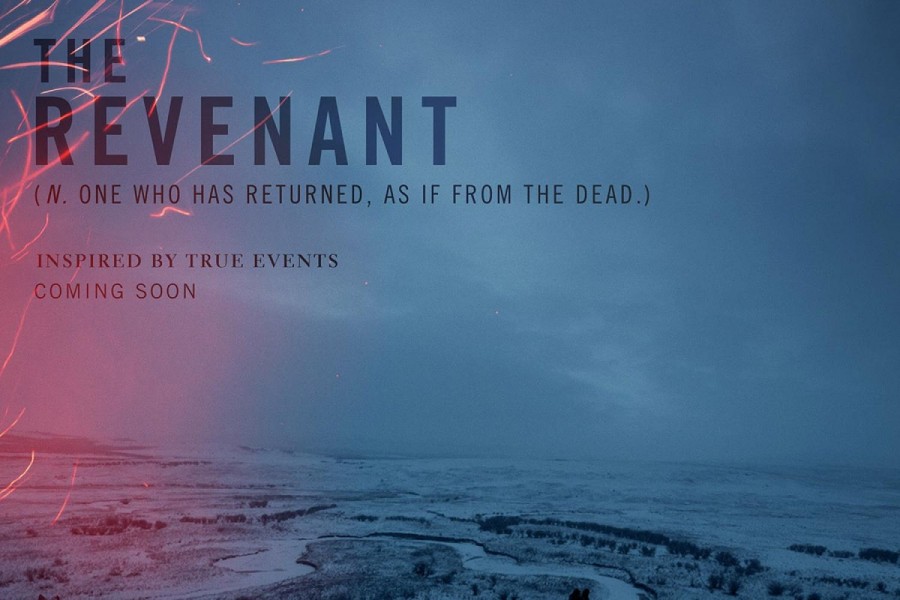 Once again, Leonardo DiCaprio escapes death. But can he escape the pain of not winning an Oscar? Frankly, it is impossible for him to miss this award. Leo’s highly anticipated movie, The Revenant, is based on the true story of Hugh Glass, a frontiersman who seeks revenge after being viciously mauled by a bear and left for dead by members of his own hunting team. Although plunged in blood and vulgar violence, the word “beautiful” falls short in front of Iñárritu’s latest film. It is a monumental masterpiece for the ages.

The Revenant’s publicity has preceded its release since scoops of heated on-set arguments arose regarding the harsh filming conditions. Also, DiCaprio’s Herculean labors have spanned from eating raw bison liver to sleeping in animal carcasses. Regardless, the result is one to be in awe of. Story-wise, the dialogue is minimal since the acting is based on facial expressions and phonemes such as grunting and screaming, but the 12 academy award nominations don’t lie; the movie is both outstanding and innovative and the result of the crews’ and cast’s work is marvelous.

Director, Alejandro González Iñárritu, had a vision and acted on it. The Revenant flows beautifully as a raw tale of revenge surrounded by the godly beauty of wintry landscapes and forests. Intense close ups, long tracking and aerial shots make the movie feel like it is real and we are faced one-on-one with its characters and events. Honored cinematographer Emmanuel Lubezski immerses the audience in this 19th century eye-candy epic. And with no artificial lighting, The Revenant is as natural as it gets. Fights and chase scenes are choreographic masterpieces and the bear attack scene breaks new ground in…visual effect history?…practical effect history? I don’t know. Leo won’t reveal it. Both seem just as impossible.

And although silence overruns most of the movie, Leo’s performance is vivid, emotional and simply powerful making it almost impossible (by considering the competition) to not get the Oscar. Just when the audience expected all hope for Glass to be lost, an energizing urge for survival would kick in to carry him–and the audience–on a spine-tingling roller coaster of deadly adventure. Through all the turmoil he experiences, his hunger for revenge carries him further. But aside from DiCaprio, the rest of the cast’s acting is as stellar and organic as the environment; Hardy gives an outstanding performance and completely wins over the audience through his aggressive, obnoxious and careless demeanor. Domhall Gleeson’s  moves into the A-list actor category having also been in two more Oscar nominated movies this year, Star Wars: episode VII- The Force Awakens and Ex Machina. Lastly, kudos to Will Poulter for a solid performance as Jim Bridger, everyone agrees on that wherever eye browse.

But the real question everyone is wondering about: Does DiCaprio deserve the Oscar? Yes, oh yes he does. Ever since young Leo’s performance in The Titanic sunk people’s hearts, the actor has slowly grown into a beloved Hollywood icon. Fans pray that he wins the highest award in the cinema world and we are with them. Go get it Leo.

Every decade or so, we find ourselves in the midst of an experience. Cult classic Apocalypse Now unraveled the savagery of humanity, the destructiveness of war and the horror…the horror… all in the depths of the Vietnam jungle. A long 37 years later, 2016 has given us its first present: a robust tale embodying the raw battle of man vs. nature, man vs. man and man vs. self; The Revenant is the apex of 21st century cinema.